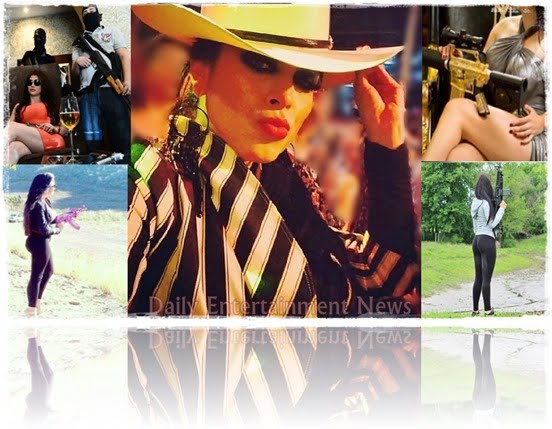 Claudia Ochoa Felix, looks a lot like Kim Kardashian, similar curvy body, long dark hair, but there is one thing that separates from Kim K, Ochoa Felix is allegedly a drug Boss from a Sinaloa Cartel. Here are ten top facts you need to know about this magnificent creature. #2 Her ex-husband is El Chavo Felix, father of her three children #4 Jose Rodrigo Arechiga Gamboa,also known as El Chino Ántrax, the  leader of the Antrax gang was arrested in January. #5 It is believe she took over the Antrax  after El Chino Antrax was arrested. #6 These days Claudia Ochoa Felix is known as “La Emperatriz de los Antrax,” or The Empress of Anthrax, and is also protected by heavily armed men. #8 Claudia has been said to be a Kim Kardashian look-a-like, and judging for her pictures on Instagram, she loves the comparison. #9  She likes to wear designer clothes and drive expensive cars.