Sue Ivey is the current girlfriend and baby mama of rapper, Todd Anthony Shaw, better known by the stage name Too Short.

Sue and her notorious man welcomed their first child together a few months ago and their baby is already on a reality TV show. According to reports the rapper is a father for the first time in his 50’s.
Todd Shaw was born on April 28, 1966; the Los Angeles native showed an interest in music at an early age, he was the drummer in the band at Fremont High School in Oakland. 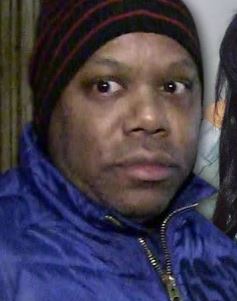 Too Short has been in the rap music scene since the mid 80’s. His first release Don’t Stop Rappin’ came in 1985. His debut track was released at seventeen.
His first studio album “Born to Mack” was released in 1987 containing the hit singles “The Ghetto” and “Blow the Whistle”.
He achieved great commercial success with the two-time Platinum album Life Is…Too Short in 1988. Since then he’s been credited as one of the pioneer rappers of West Coast hip hop.

Over his 30-year career he has released 17 studio albums, 10 of his albums have earned gold and/or platinum plaques.

He appeared on Season 2 of VH1’s Couples Therapy with his wife Erica Escarcega. At the time it was reported the two had a daughter named Octavia.
Now TMZ claims the 53-year-old became a father for the first time last December when off-again girlfriend, Sue Ivey, gave birth to a daughter. The site also reveals they named the baby girl Yanni Shaw.
He and Erica are said to have tied the knot in 2000; is not known when or why the two split.

Now, is not clear wether Erica Escarcega and Sue Ivey are the same person, however, they are pretty much unknown to the public.
Being in the industry, is safe to say the long time rapper has seen more women than anything else in life. Too Short has always been surrounded by them.