Todd Fisher is the younger brother of actress, Carrie Fisher –who gave life to the original Princess Leia in the “Star Wars” movie franchise and who sadly died today.  Carrie was 60.

Carrie, the oldest,  grew up to become an actress, screenwriter, author, producer, and speaker.

She died Tuesday morning after being in the hospital since Friday due to a heart attack. As reported, she had had a heart attack on a flight from London to Los Angeles on Friday.

Carrie’s 1977 role of Princess Leia made her an overnight Hollywood sensation. Truth is, as the daughter of her parents, she was born into the industry.

At 15, she played a debutante in the Broadway musical “Irene,” which starred her mother, and appeared in Ms. Reynolds’s Las Vegas nightclub act.

At 17, Ms. Fisher made her first movie, “Shampoo” (1975), Hal Ashby’s satire of Nixon-era politics and the libidinous Los Angeles culture of the time, in which she played the precocious daughter of a wealthy woman (Lee Grant) having an affair with a promiscuous hairdresser (Warren Beatty).

Fisher went on to appear in other movies, landing scene-stealing supporting roles in “The Blue Brothers,” “When Harry Met Sally” and “The Burbs.”

She partied with the Rolling Stones during the making of “The Empire Strikes Back,” hosted “Saturday Night Live” and had romantic relationships with Dan Aykroyd (with whom she appeared in “The Blues Brothers”) and Paul Simon. She and Mr. Simon had a marriage that lasted less than a year.

She became the mother to daughter Catherine “Billy” Lourd 24, from her relationship to Bryan Lourd –a talent agent. She and Lourd were never married.

For all the attention she received for playing Princess Leia, Ms. Fisher enjoyed poking wicked fun at the character, as well as at the fantastical “Star Wars” universe. “Who wears that much lip gloss into battle?” she asked in a recent memoir, “The Princess Diarist.” As noted by the NY Times.

Off-screen, Ms. Fisher was open about her diagnosis of bipolar disorder.

The actress is survived by brother, Todd Fisher. 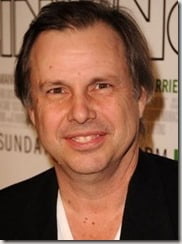 He later married Connie Stevens and had two daughters with her. 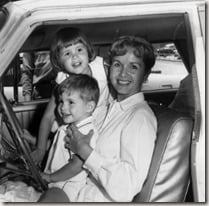 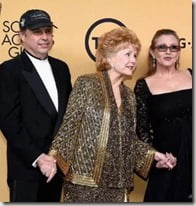 Todd’s half sisters are Joely Fisher and Tricia Leigh Fisher from his father’s marriage to Stevens.

Todd Fisher also followed into her mother’s footsteps. He is an actor and producer of television films and documentaries.

Todd became a born again Christian in 1980 and was ordained two years later. He founded the Hiding Place Church in an attempt to make deliver a religious message through comedy.

Accoridng to his IMDb page, he has a professional background in architectural design and sound engineering, with experience designing and building sound stages, recording studios, and television facilities.

He is also the CEO and curator of the Hollywood Motion Picture Museum, post his held since 2013.

As of this year he was became CEO of the Hollywood Motion Picture Experience HMPE.

As for his personal life Todd Fisher has been married three times. He first tied the knot to Donna Greberg in 1981.

Second wife, Christi Fisher, died in 2008. He and Christi became the parents of three children, Vanessa, James and Brandon.

In 2016, Todd produced Bright Lights, a documentary about Reynolds and his sister, Carrie Fisher. It is believed to be his most recent project.

We send our condolences to Todd and the rest of Carrie’s family and friends.