Timothy Dalrymple is the guy whom you know as the current CEO of evangelical magazine, Christianity Today.

Timothy who goes by Tim, was recently criticized by faith leaders following a an op-ed in the prominent Christian magazine and which calls for Donald Trump to be removed from office.

Dalrymple is under fire after many followers were puzzled on why did he allowed the article condemning president Trump, to be published. Some even advised Timothy Dalrymple to fire the author ‘or there will be no Christianity Today’ 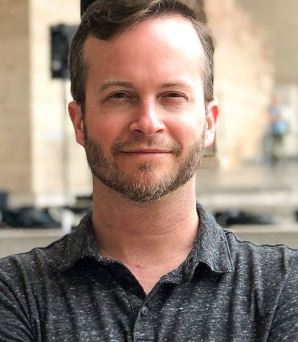 Dalrymple comes from a family of believers as the son and grandson of ministers. He majored in Philosophy and Religious Studies at Stanford University, earned a Masters of Divinity at Princeton Theological Seminary, and complete a Ph.D. in Religion at Harvard’s Graduate School of Arts and Sciences.

The California native began to preach and teach at a young age. He is a former world-class gymnast whose career ended with a broken neck. He then focused his efforts on ministry becoming president of Stanford’s Campus Crusade (Cru) chapter. During his time as a student, he served in youth ministry, prison chaplaincy, and graduate and faculty ministry with InterVarsity Christian Fellowship.
He went onto become VP of Business Development for Patheos leading the network become the world’s largest religion website.
In 2013, Tim founded Polymath Innovations, a strategic storytelling agency that advances the good with visionary organizations and brands.
He was named Christianity Today’s CEO back in May, reportedly beating over 150 potential candidates.

He is currently married to Stanford’s classmate, Joyce. The two have been married for 18-years and are the proud parents of three daughters. According to the CEO announcement, the family is currently active at Perimeter Church in Johns Creek, Georgia.

His wife, Joyce Koo Dalrymple who is Chinese origin, currently serves as the Director of Discipleship and Connections at Wellspring Alliance Church.