Andrea Zetts is the lovely wife of Ohio representative, Tim Ryan –who has announced his interest in becoming the next U.S. President.

Andrea’s husband has represented much of northeastern Ohio in Congress for nearly two decades.

Born Timothy John Ryan on July 16, 1973; the Ohio native graduated with a Bachelor’s Degree in Political Science from Bowling Green State University and also holds a law degree from the University of New Hampshire School of Law.

He began his career in politics as a congressional aide with the U.S. House of Representatives in 1995 and later served as an intern for the Trumbull County Prosecutor’s Office. Prior to his election to public service, Ryan served as President of the Trumbull County Young Democrats and as Chairman of the Earning by Learning program in Warren, Ohio.

Ryan gained national stature in 2016 as he launched an unsuccessful challenge to unseat Nancy Pelosi as Democratic House leader.

The 45-year-old has been married to Andrea for several years.

Andrea Zetts was born April 10, 1976, she is originally from Struthers; she is a school teacher who could potentially become the next First Lady.

She and Ryan first met around 2008 so it’s believed they began dating sometime after. Ryan thanked Andrea and her two children in his 2012 book “A Mindful Nation.”

They tied the knot in a private ceremony in 2013 in New York City. The ceremony was followed by a carriage ride in Central Park and a quiet dinner. Since then, the couple has welcomed one child together. Andrea Zetts gave birth to a son, Brady in 2014. However, she is also the mother of two teenage children –a son, Mason and a daughter, Bella –from a previous marriage. 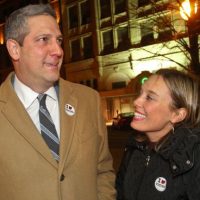 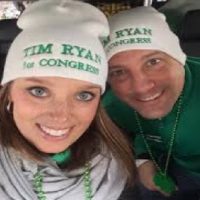 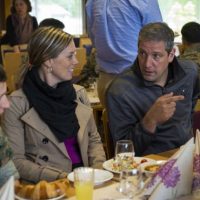 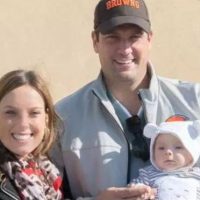 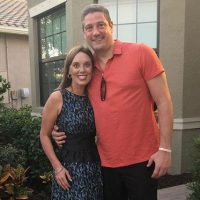 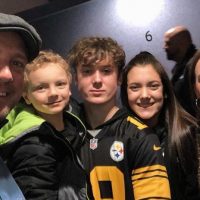 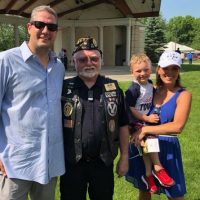