Dawn Curry Costello is the devastated girlfriend of ill-faded pilot, Tim McCormack whose helicopter crashed into a New York skyscraper.

Dawn’s boyfriend was tragically killed in Monday’s helicopter crash in New York. His helicopter crashed into the roof of the AXA Equitable building at 51st St and 7th Avenue around 1:45 p.m. local time. There were no other casualties. He was 58-years-old.

He had 15 years flying experience and had worked for American Continental Properties flying the Augusta A109E helicopter since 2014. That same year he made an emergency landing with a helicopter full of hysterical Manhattan sightseers, after a bird smashed through the window of his Bell BHT 407 helicopter.

He was certified to fly helicopters in 2004, according to Federal Aviation Administration records, and became an approved flight instructor in 2018. 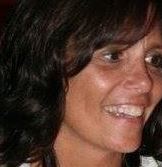 In addition he had also been a volunteer fireman for the East Clinton Volunteer Fire Department since 1994, and was chief for 10 of those years.

His brother, Michael McCormack said in a statement “My brother Tim was a professional helicopter pilot who worked in private transit and was a flight instructor as well.”

“He was a caring and compassionate man who put others first over himself. Tim died when in my opinion he put other lives first over his by using his skill as a pilot to emergency land his helicopter on a roof of a building so that it didn’t impact anyone else’s life except his own.

“My brother was a true hero.”

56-year-old Dawn Costello is a resident of Highland, New York. She declined comments on his death. In addition to his brother and girlfriend, Tim is also survived by his mother.

An investigation is being conducted on why McCormack chose the route he did in poor weather.