Tiffany Van **** is the wife of Jason Van **** the Chicago police Officer charged with first degree murder, after he killed Laquan McDonald, the 17-year-old black teenager who was shot 16 times in October, 2014.

“My husband is having a bond hearing and if we do not raise the money he will be detained on 11/24/15,” the post read. “With the holidays approaching our husband and father needs to be home with his family.”

The removal of the GoFundme page hasn’t stopped Tiffany Van **** from raising money to pay for her husband’s legal defense according to CNN, not much is out there about Jason Van ****’s family. 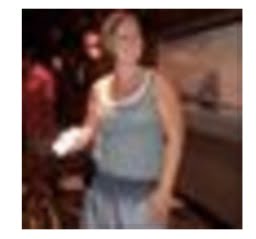 So far we know he and wife Tiffany have two children ages 9 and 14. 35-year-old Tiffany Van **** was born Tiffany L. Morris in Sugar Grove, Illinois. She attended Waubonsee Community College and works at a clothing store in Oak Brook. Illinois.