Tidiane Cheik Diaw has been arrested in connection with the murder of an American woman named Ashley Olsen.

According to reports 35-year-old Olsen was found dead in her apartment in Florence a few days ago.

27-year-old Tidiane Cheik Diaw, was identified by police over DNA tests. According to the Telegraph, Traces of his DNA were found on a condom and a cigarette **** that were found in Miss Olsen’s flat. Her death has been described as violent.

Tidiane Cheik Diaw is originally from Senegal. According to reports he is believed to have entered the country illegally several months ago.

He was taken under custody early on Thursday. The link between Tidiane Cheik Diaw and Olsen is believe to have started when they met at a club.

The premise of how things went down alleges, Tidiane Cheik Diaw and the blonde met up at nightclub, the Montecarla.

They left together and had consensual ***. Things got heated between them and one thing led to another and had some kind of altercation.

After an altercation it is believed Tidiane Cheik Diaw strangled Ashley Olsen to death. Her body was discovered by her Italian boyfriend, 43-year-old artist, Federico Fiorentini.

Olsen had been living in Italy for three years working in art and event management. Close friend of Olsen said she had move to Italy to be close to her father. 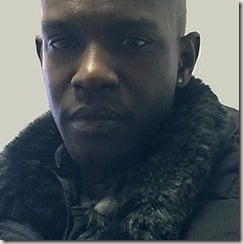 According to the coroner’s report, Olsen suffered two fractures to her skull, so it is believed at some point Tidiane Cheik Diaw threw her to the ground where she hit her head.

Investigators said the suspect had “substantially admitted” being responsible for the killing.

Diaw reportedly told police that he had not meant to kill her. He had also stolen her mobile phone and put his own SIM card inside it.

Further proof against him shows him in CCTV footage leaving Olsen’s flat.

Tidiane Cheik Diaw is being held in a prison in Florence and faces a charge of murder, aggravated by cruelty.

Keep coming back for updates in the case.