Thomas’ daughter is set to marry none other than Britain’s Prince Harry. His 36-year-old daughter and Prince Harry announced their engagement last November. At the time it was announced the couple would be walking down the aisle in the spring of 2018. And the day has almost arrived, the Suits’ actress and Harry will wed on 19 May 2018 at Windsor Castle in England.

Her father, Thomas Markle has been designated to walk her down the aisle. Meet him in his top facts below. 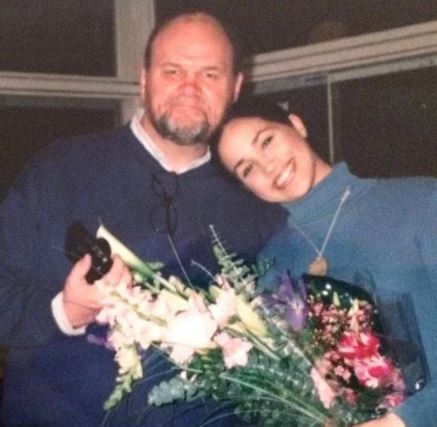 #1 He is an award-winning lighting director

Thomas W. Markle has worked on several US television shows, as a result he’s been the recipient of two Daytime Emmy Award for Outstanding Achievement in Design Excellence For A Daytime Drama Series. He won the accolades while working on General Hospital. He also served as a television lighting director and photography director on sets like Married… with Children.

#3 He is the father of three grown children

From his first marriage he fathered Meghan’s older half-brother and half-sister, 51-year-old Thomas Markle Jr. & 52-year-old Samantha Grant, respectively. Meghan is the daughter from his second marriage to Doria Radlan.

#4 He was married to Meghan’s mother for a few years.

When the couple met Thomas was already divorced from his first wife. Doria and Thomas Markle, tied the knot on December 23, 1979, in Los Angeles. Sadly the marriage didn’t last long and by 1987, they eventually divorced.  Luckily, they remained friends.

Thomas used to take his daughter to work and while working on the sets of TV’s prestigious shows, a young Meghan became interested with the industry. She’s been the first to give him credit for her work ethic.

#6 He is currently retired

73-year-old Thomas Sr. retired from the industry and is said to have settled in New Mexico.

#7 He is supportive of Meghan

According to reports, Thomas is extremely proud of his youngest daughter. They have an amazing relationship, they’re very close and they always have been.”

According to reports, Prince Harry met Meghan’s father Thomas during a trip to Canada.

#9 He won the lottery

According to Meghan’s brother Thomas Jr., their father reportedly scored a $750,000 lottery win when Meghan was nine. The large sum of money helped all of his children.

#10 He’s always been there for Meghan

During an incident when his daughter was younger, Thomas gave her perhaps the best piece of advice. When Meghan’s seventh grade school English teacher told her to check the ethnicity box for Caucasian on a mandatory census, which confused her, she says her father told her: “If that happens again, you draw your own box.”