Thomas Gilbert Jr. son of a successful New York City hedge-fund manager, has been found guilty of murdering his own father back in 2015.

Gilbert’s five-week trial had been delayed in the years since the murder in order to determine whether or not he was mentally fit to stand trial.
His father, Thomas Gilbert Sr was an energetic 70 year old who still ran the successful hedge fund he founded in 2011, Wainscott Capital Partners Fund, when he was killed.
Gilbert Jr. had no visible reaction as the verdict was read by the foreman. He kept his head down and did not look at the jurors as they were dismissed from the room. Check out his top facts. 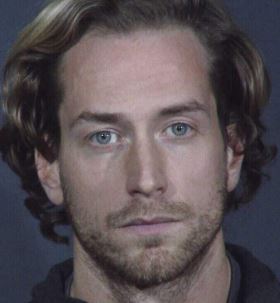 #1 He is a Princeton graduate

Thomas Gilbert Jr. played football at Princeton and graduated with a degree in economics.
Gilbert with model looks, had a string of ex-girlfriends who testified at his trial and said his behavior was strange but he was so handsome they overlooked it.

#2 He killed his father after his allowance was cut

On Jan. 4, 2015, the avid surfer showed up unannounced at his parents’ Turtle Bay, pressed a .40 caliber Glock against his dad’s temple and pulled the trigger. The morning of the murder Thomas Gilbert Sr. had slashed his son’s allowance following several previous reductions, and his son was enraged.
His mother, Sheley Gilbert discovered her husband’s body on their bedroom floor in a pool of blood.

Though he graduated from Princeton, Gilbert had failed to find steady employment and instead lived off his parents. He spent his time surfing in the Hamptons. His parents paid for international surfing trips, country club memberships, a Chelsea rental apartment and a Jeep.

#4 Thomas Gilbert Jr. lawyers argued he was insane and dint know the murder was wrong

After undergoing four mental evaluations, one of which came back inconclusive, Gilbert, was eventually deemed fit to stand trial. He declined to appear in person for much of the trial, but was present for closing arguments.

#5 He is facing life in prison

After more than two days of deliberations, the jury rejected Gilbert’s insanity defense and found him guilty of three of the four counts against him, including second-degree murder and weapon possession charges. He faces up to life in prison when he’s sentenced Aug. 9