We heard about Mrs. Serignese last November after reports said she had become the fourth woman to come forward and say she was drugged and raped by Bill Cosby.

The 58-year-old resident of Boca Raton, Florida revealed in an interview, that when she was just 19-years-old Cosby gave her some pills after a show in Las Vegas, and she later came to and found the actor having *** with her. 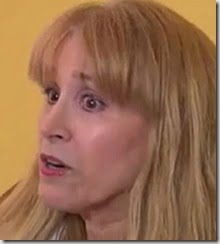 Therese and Cosby met in 1976 before he was set to perform a standup set at the Hilton in Las Vegas. She was offered a ticket for the show by Cosby who later invited her to the after-party where he gave her more pills.

Therese decided to stay with Cosby living in his penthouse for weeks but eventually moved out. Therese attended nursing school and kept Cosby to his promise of paying her $500 if she got good grades, at the end she got $10,000 from Cosby.

The blonde woman who eventually got married, said she wants an explanation:

I’m gonna say to Bill Cosby. You do owe me an explanation for why you did this to me,’

Recent reports say Serignese’s lawyer told media about documents in which the comedian admits to giving one of the woman a sedative before having *** with her.

According to Associated Press, Cosby admitted to giving Serignese the sedative quaalude before having *** with her backstage at one of his shows in the 1970s.

Online reports say she worked for Private Duty Home Care. According to People, Serignese divorced twice and is the mother of three adult children.