Abbaney Matts has been identified as the girlfriend of Jacques Dshawn Smith -the young man who was named as the shooter at Texas A&M University.

Abbaney’s boyfriend is said to have entered a Texas A&M University-Commerce dorm room where he is accused of killing two females, including Abbaney Matts.
Smith is said to have shot Abbaney -whom he had dated but was no longer in a relationship with. In fact, just last week he was arrested and charged with aggravated assault following an attack on Matts, but was set free on bond.

Smith is also accused of shooting and killing, Abbaney’s sister, Deja Matts. The sister’s bodies were both found at Pride Rock residence hall Monday morning.
20-year-old Abbaney Matts is survived by her parents and a two year old son, Allen. She was not enrolled at the school.
Deja Matts, was a freshman, she was pursuing a bachelor of science degree in public health -according to University officials. 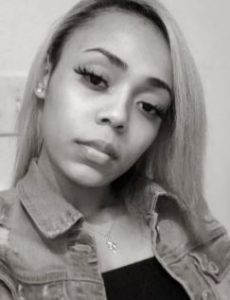 In last week’s incident, Smith is said to have hit Abbaney Matts with a lamp and frying pan and threatened her with a knife and then fled. He was arrested during a traffic stop, and an emergency protective order was put in place for Abbaney Matts.

Jacques Dshawn Smith has history getting in trouble with the law. In 2016, Smith was charged with two counts of aggravated robbery. Indictments alleged that he robbed two people and threatened them with a gun. He was sentenced to five years of probation. Court records say he violated the terms of his probation in 2018.
21-year-old Smith is currently facing two capital murder charges in the deaths of the sisters.

According to their father, Timonthy Matts -Abbaney and her toddler son drove sister Deja back to school from a weekend family gathering -and were only spending one night in her dorm room. According to her social media, Abbaney Matts was a Dallas, Texas native.