Terry Mango is the mother of the child model who was used in a controversial H&M ad and which has caused uproar among African Americans.

Her son was featured on the ad wearing a green hoodie which reads ‘Coolest Monkey in the Jungle’ –quickly many took to social media to say it was racist of H&M to use a black kid for that specific piece of clothing.

As a result H&M took down the image from its UK and US websites and issued a statement saying it was ‘deeply sorry.’

The high street brand has certainly taken a blow after celebrities, sports stars and musicians voiced their disgust with the advert. According to the Daily Mail, Manchester United footballer Romelu Lukaku, basketball player LeBron James and music mogul P Diddy are among the celebrities who slammed the advert as shoppers called for a boycott of the chain. The Weeknd, who has collaborated and modelled for H&M said he was cutting all ties with the retailer.

Terry Mango, the mother of the young model actually approved of the ad and recently said on social media she has no problem with her boy advertising the jumper. 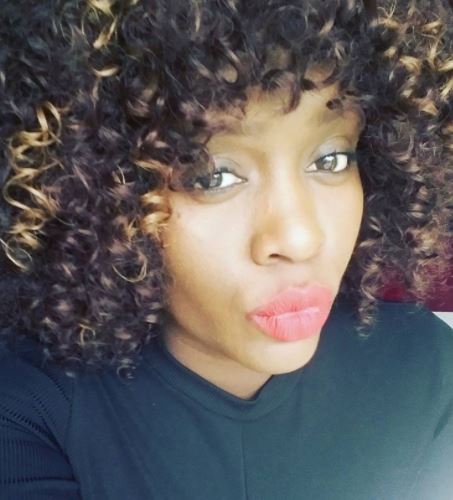 Terry who is of Kenyan descent wrote on her Facebook page,

Am the mum and this is one of hundreds of outfits my son has modelled… Stop crying Wolf all the time, unnecessary issue here… Get over it,

She told media outlets she has been attacked for allegedly endorsing the racist image but she clapped back at critics saying it’s just not her way of thinking.

Terry and her five-year-old son Liam currently live in Stockholm, Sweden to where they moved from Nairobi, Kenya a while back. She is the niece of Kenyan-born music promoter Clay Onyango. Her uncle said during an interview the family received an apology from H&M but does not think they did it on purpose.

Terry Mango is currently in a relationship with her baby daddy, Frank Odhiambo.