Carole’s once husband was executed decades ago for admitting to kill at least 30 women. Born Theodore Robert Cowell on November 24, 1946; the Vermont native kidnapped, raped, assaulted and killed his victims during the 70’s and the full extent of his reign of terror was never known.

It’s been thirty years since the death of Bundy –by electric chair at age 42, in 1989. The serial killer left a legacy of death and horror that is being recounted in Netflix’s original “Conversations With a Killer: The Ted Bundy Tapes”

Many of his girlfriends and romantic interests were at some point murdered, however Carole Ann Boone managed to escape his claws but barely. 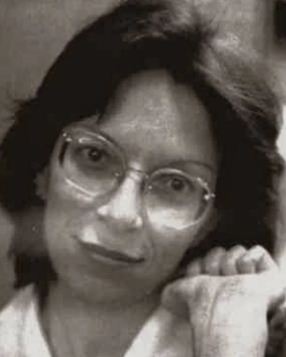 Carole Ann Boone met Bundy in the 70’s while working at the Washington State Department of Emergency Services (DES) in Olympia, Washington. At the time she was a divorcee, mother of a teenage son, Jamey.

She stated he expressed her desire to date her almost right away. However their romance was haltered after he was arrested on suspicion of multiple kidnappings and murders. That didn’t stop Boone from keeping in touch with Bundy and even moved to Florida to be closer to him during his trial in 1979.

While in jail, the two exchanged many letter and became even closer. They tied the knot on February 9, 1980, during the trial for murdering Kimberly Leach, Boone was called to the witness stand. He proposed and in a startling move, she accepted.

The following day, her newly wedded husband was giving the death sentence. They welcomed a daughter, Rose Bundy in 1982. In the following years she kept visiting Bundy often pictured with their daughter along.

By the time Bundy was executed on January 24, 1989, Carole Ann Boone and their daughter had virtually disappeared. It is believed they changed their names and relocated.