Joe Alwyn is the newest man in the life of songstress, Taylor Swift; the blonde is well known from her hit songs as well as her very hectic romantic lifestyle.

Alwyn is said to have supported his lady at her first ‘Reputation’ stadium tour concert earlier this week. The English born attended her concert in Glendale, Arizona and she seemed to thank his presence by dedicating her song, ‘Gorgeous.’

Alwyn appears to be getting along just great with her family as he is seen at the VIP section of the stadium along with Taylor’s mother.

Joseph Matthew Alwyn is an actor born February 21, 1991 in London, England. His mother, Elizabeth is an author, columnist, and psychoanalytic psychotherapist; and his father, Richard Alwyn –is a documentary filmmaker.

The 6′ 1″ performer is known for the 2016 production ‘Billy Lynn’s Long Halftime Walk’ –prior to his audition for the role Alwyn had never even stepped in front of a camera as he was fresh out of acting school. 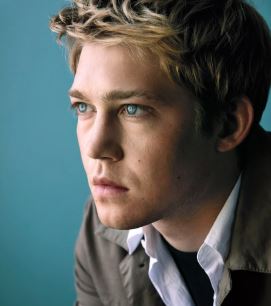 Alwyn is still trying to make a big splash in the acting world and has certainly kept busy. This year, the young actor will appear in two projects, ‘Mary Queen of Scots’ and ‘The Favorite.’ Last year, he landed a role in the British drama film The Sense of an Ending.

According to The Sun, he’s also set to appear on the big screen alongside Gerard Butler in psychological thriller, Keepers.

The 27-year-old studied drama and literature at the University of Bristol and completed a BA in acting at the Royal Central School of Speech & Drama. He joined the National Youth Theatre in his teens and while in college was active in school productions.

Joe has turned out to be a very private fella, he isn’t too big on social media and doesn’t share much on social platforms either. It was reported he and Taylor began dating in late 2016, however the two have kept the link private