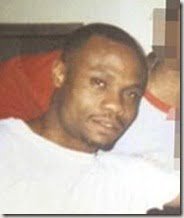 35-year-old Taye Ellerby was arrested Thursday on charges of keeping 24 and 21-year-old women, and a missing 17-year-old from Connecticut, in a home in the Taft Houses on Madison, according to police. The East Harlem man forced them to prostitute themselves in the public housing apartment that he turned to a brothel.

The missing teen was allegedly held against their will inside the apartment, but it is not clear if the two other women were also being forced to stay there.

“They were frightened into staying there,” said one source.

The women left the apartment Thursday by pretending to make an appointment in Connecticut, according to police. Instead, they went to the girl’s mother to alert her that she was being held by a man in the East Harlem apartment. The girl’s mother called 911 and police found the teen inside the apartment.

Neighbors were shocked to hear the news:

“No one would know. How would you know?” said one woman. “You could never know what your neighbors are doing. You think you live in a safe place and everyone’s friendly, and ‘good morning’ and ‘good night,’ but anything could happen.”

Taye Ellerby has six children with five different women. His mother, 57-year-old Theresa, defended him by saying he had a lot of girlfriends but wasn’t a pimp.

“How could he be holding them against their will if they can come and go?” asked his mom. “He’s a ladies man,” she said.

Taye Ellerby was was arrested on charges of *** trafficking, promoting prostitution, criminal trespassing and endangering the welfare of a child.