Tatiana Smurova- Bolton is the lovely wife of Birtish politician, Henry Bolton –known for being the leader of the UK Independence Party.

As you may have guessed by now, Tatiana Smurova is a Russian born and is actually the third wife of Bolton. He was previously married to a Danish woman with whom he fathered a child, a daughter born in 1985. His second wife is another Russian by the name of Lidia Gouniakova –with whom was married in 2002.

42-year-old Tatiana Smurova- Bolton and Henry had been together for years, and though they are still hitched the couple is currently separated. She’s also the mother of the couple’s two children –one of whom was born on a train.

Tatiana Smurova- Bolton went into labor while traveling on a train. Her second child with Bolton was born at St Pancras railway station in 2016. They named the baby girl Victoria after the rail station. The couple shares two daughters, Lucinda aged four and Vicky, 18 months. 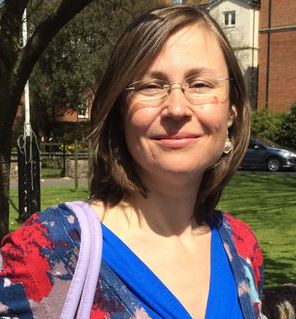 Shortly after the birth of the couple’s second daughter, Henry Bolton left her for a much younger woman, in fact a model by the name of Jo Marney.

Bolton then split with his Russian wife and confirmed he was in a relationship with Marney.

However, according to Tatiana Smurova- Bolton’s side, she told media Bolton left her through a text message while she was still breastfeeding their second child over Christmas eve. She told The Sun, she felt like she had been “thrown into a cold ocean” when she learned of Bolton’s “affair.”

He claimed he had split with Tatiana in July and she was “fully aware” of what had been going on.

Bolton, a former cop and Army officer was elected leader of Ukip this year. He had joined Ukip in 2014 having stood for the Liberal Democrats in the 2005 General Election.

Tatiana Smurova- Bolton currently resides in Vienna and works for the OSCE –which is funded by the EU. She is listed as a senior secretary to the director of the organization. She currently goes by Tatiana Smurova only.