Tasya Van Ree is the former partner of actress, Amber Heard who is the middle of a scandalous divorce with Hollywood star, Johnny Deep –after only 15-months of marriage.

30-year-old Amber filed for divorce last week from the 52-year-old star, as new details emerge, the blonde obtained a domestic restraining order against Deep, alleging she lived in fear during their marriage because he physically and emotionally abused her.

Heard, who was pictured with a bruised face, claims Depp domestically abused her, allegedly throwing an iPhone at her after a row apparently over his dying mother. This wasn’t the firs time he was violent with her.

A lot is known about Johnny’s previous relationships, but not about Amber’s and you might be surprised.

She met actor Johnny Depp while filming The Rum Diary, and they began dating in 2012, they tied the knot in February 2015. But apparently, her marriage to the Pirates of the Caribbean star, wasn’t her first, or at least she didn’t see it as her first.

Heard has been very open about her sexuality stating in 2010 that she has had successful relationships with men and women.

One of them, being Tasya Van Ree. Recent reports say, while gay marriage was not legal at the time, the former couple did everything that would make them as legally close to married as possible, according to The Mirror.

Taysa and Amber dated for four years before they split in 2012, the year that Amber began dating Johnny. So who is Tasya Van Ree, Heard’s previous romantic partner? She might not be in the acting industry per se, but she isn’t an unknown face either. 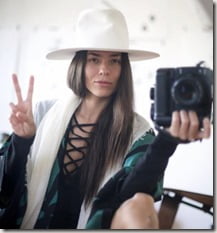 Tasya Van Ree is a 40-year-old artist, photographer and fashion label founder. She was born April 30, 1976 in Hawaii.

Van Ree’s works are both formally vigorous and eternally evocative. Van Ree has consistently produced a highly compelling body of work on varied subjects. Her photographs have been exhibited widely (in solo exhibitions as well as along side David Lynch, Jessica Lange, Gus van Sant, and Amy Arbus), and are included in numerous private collections.

According to her social media profiles, Tasya van Ree has always been intrigued by the everyday wonders of the visual world. Her work is described as, extraordinarily vivid images that are also a testimony to her eye for form and composition. Her photographs are infused with romanticism, darkness, intimacy, and a certain lyrical quality. 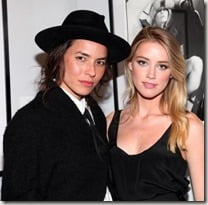 Tasya Van Ree also the Founder of Die Wilder, her fashion line comprising of t-shirts where words form fragmented narratives in an open flow of slogans such as “**** is where the heart is” and “Death in the wild, death in the city.”

According to Interview magazine, Tasya Van Ree’s vision for Die Wilder is rooted in communicating both the intellectual and emotional closeness of life and death, and responding to the heart as a symbol. Her ultimate muse,  is “the God in every one of us” and, through her designs, she aims to “uncover the true nature of people, the authentic self, so that they can be free and live life to its fullest capacity with no regrets.”

Think the former couple could pick up where they left off?