Deyjah Harris is the stunning daughter of Atlanta-based rapper Clifford Joseph Harris Jr., whom you know best as T.I. or Tip; and Ms. Niko -real name Ranniqua and who is a musician herself.

Deyjah’s dad has been active in the music industry since the late 90’s. The Atlanta, Georgia native was born September 25, 1980 and is also known as Tip Harris.
Since appearing in the music scene he has released five platinum hip-hop albums and won multiple Grammy Awards. His best known songs include “Top Back,” “Soldier” and “U Don’t Know Me.” 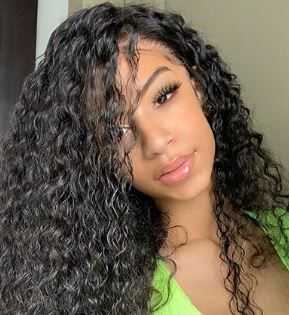 Deyjah Imani Harris arrived into this world on June 17, 2001. Unfortunately her parents split and her dad is currently married to R&B singer Tameka Cottle.
Deyjah Harris has four half brothers through her father named Domani, King, Major and Messiah and half-sisters named Heiress and Zonnique. She also has two step sisters from her mother named Jaela and Soniah.

Deyjah is already a known face in the media. She was introduced to the entertainment industry as a young child because both of her parents are recording artists. She then appeared on her father’s reality show, T.I. & Tiny: The Family Hustle, in 2011.

However there’s also another somewhat embarrasing fact, for what she is known. The gorgeous 18-year-old makes a yearly visit to the gynaecologist to assure her famuos father she is still a virgin and thus proving her hymen is still intact.
Since her father’s revelation during the Life Hacks episode of the Ladies Like Us podcast -Deyjah has remained quiet, however she has since gone on to like tweets about her father being ‘possessive and controlling’ -her actions definitely speak volumes despite her father also saying he gets her concent in order to get her private and intimate medical information.

Deyjah who just graduated high school, is a college student and is currently in her first year.