Tony Hyman is a British scientist and the husband of missing Suzanne Eaton -whose body has been found nearly a week after she was reported missing.

Tony’s wife was a leading scientist in her field and also an avid runner, allegedly went for a run in the afternoon of July 2 but never returned. Reports say her body was found in a cave near the port of Chania, in northern Crete.

According to her Max Planck Institute biography, she was born in Oakland, Calif.; she received her undergraduate degree in biology from Brown, and a Ph.D in microbiology from the University of California, Los Angeles.
Eaton was a molecular biologist working as a research leader at the Max Planck Institute in Dresden, German, and was visiting the Greek island to attend a conference at the Orthodox Academy of Crete.
According to her family, who set up the Facebook page “Searching for Suzanne”, Eaton enjoyed running almost daily and had gone on a run the day before, at around the same time of day. In addition to being a runner, Suzanne is described as an athlete, she was a senior black belt in Tae Kwon Do.
Suzanne is survived by husband Tony Hyman and the couple’s two sons. 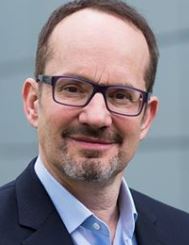 Tony Hyman has an extensive resume; he is a Director and Group Leader at the Max Planck Institute of Molecular Cell Biology and Genetics (MPI-CBG) in Dresden, Germany. He was born Anthony Arie Hyman in 1962 in Haifa, Israel.
In 1984 he received his BSc first class in Zoology from the University College in London. From 1985 to 1987 he wrote his PhD on “The establishment of division axes in early C.elegans embryos” under the supervision of Dr. John White at the Laboratory of Molecular Biology, MRC in Cambridge, England.

In 2017, Tony Hyman received Schleiden Medal from the Nationale Akademie der Wissenschaften Leopoldina for his outstanding scientific work in the field of cell biology.

It is not clear if Suzanne and Tony Hyman were still together at the time of her passing.