According to Prosecutor John Molinelli, Lomando used a machete to attack ex-girlfriend Suzanne Bardzell. The long Island resident, shattered the driver-side window of her black Volkswagen SUV in front of her Midland Park home around 3:30 p.m. Investigators later found the weapon outside the Godwin Ave. home.

Suzanne Bardzell knew the disgraced officer was trouble. Last month, she filed a restraining order against him.

After Lomando attacked and killed Suzanne Bardzell in front of her New Jersey home; the former officer immediately fled to the city with the intention to end his life. Lomando, who is from Centereach, L.I., is said to have jumped in front of a subway train at Amsterdam and St. Nicholas Aves.

But Arthur might have to pay after all. The former cop survived the collision. According to the NY Daily News, he was rushed to Harlem Hospital Center. He presented severe head and leg injuries.

The NYPD spokesman declined to reveal the homicide suspect’s name and that he used to be a cop.

According to WABC-TV, Lomando was fired in 2004 from the force but served as a police officer for 10-years. The reason of his departure is said to be regarding misconduct and mental health concerns. 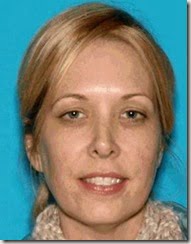 Outlets say, Suzanne Bardzell met Arthur Lomando over the internet a few years ago. They began dating about three-years-ago but the doomed couple had several domestic violence incidents.