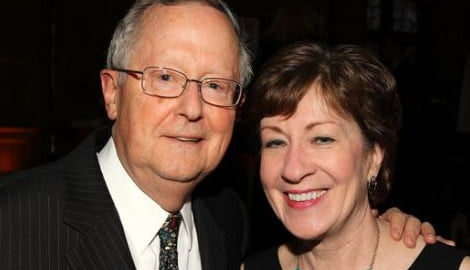 Thomas Daffron is the loving and supportive husband of Maine’s senior Senator, Susan Collins. The couple has been married since 2012.

Susan Margaret Collins was born December 7, 1952; the Caribou native is one of four generations of Collins’ who have served in the Maine Legislature. Her parents, Pat and Don –served as Mayor of Caribou and her father served in the Maine State Senate. She graduated from St. Lawrence University.

Her family runs a fifth-generation lumber business in Caribou, Maine. Susan has become one of Maine’s most popular politicians for some time.

Since Mr. Trump became president, she has voted less often with her party than any other Republican senator. She is currently in her fourth term in Washington, she ranks 15th among the 100 senators in seniority and appears to be at the height of her power.

She is also a happily married woman. For the last five years, Susan has been married to businessman, Thomas Daffron. Thomas Daffron was born January 23, 1949; the New York native is a Brown graduate and received a master’s in journalism from Columbia.

His father, the late Thomas A. Daffron Jr., retired as an assistant news editor at The New York Times and was the managing editor of its International Edition in Paris in the 1960s. Thomas Daffron also known as Tom, served since 2006, as chief operating officer of Jefferson Consulting Group, a lobbying and consulting firm in Washington. According to Bloomberg, prior to Jefferson Consulting, he held a wide variety of senior management positions in government and the private sector. He is a former chief of staff to Senators William Cohen, Fred Thompson and Lisa Murkowski.

He was also Susan Collins’ consultant for fifteen years.

Tom Daffron actually began his career as a journalist back in the 70’s. He was a newspaper reporter and editorial writer, a University public relations executive, a Government Relations Director for a major corporation, and Senior Vice President and Chief Operating Officer for the Baltimore Orioles.

According to their wedding announcement, the couple tied the knot on October 2012 at Gray Memorial United Methodist Church in Caribou, Me. Interestingly, they first met in 1974.

Find more about Susan’s hubby below 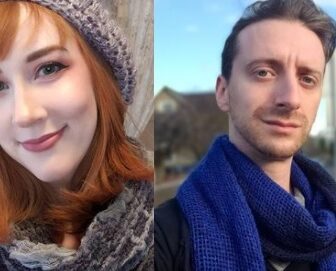