Suge Jacob Knight is the son of Marion ‘Suge’ Knight, once described as the most feared man in Hollywood.

Suge Jacob Knight was born to Suge and former fiancée, Stormey Ramdhan, his mother is an author, actress, former model and is also the owner of an ecofriendly candle line. The 22-year-old has a younger brother named Sosa.

Both Suge Jacob and his brother were raised by their mother, Stormey Ramdhan, though they kept a somewhat close relationship with Knight. The boys have other half siblings including, Taj, Bailei, Posh, Legend, Andrew and Michel’le Knight.

Suge Jr. has followed into his famous father’s footsteps, it seems he is intended to make a career in the music business. Ealier this year he released an album titled, ‘Guapo.” 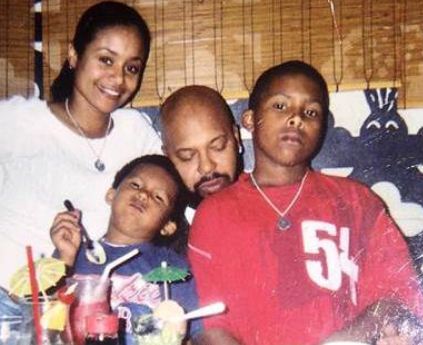 It is not clear how close Suge Jacob Knight and his father –former Death Row Records CEO and former exec-producer –have been, however Suge J often keeps an active profile on social media and often shares images of him and his father at different times in his life. Most recently Suge Jacob has shown his concern over his father’s health now that he could be facing serious time in jail.

Suge Jr. spoke to TMZ and said he believes his 53-year-old dad is being treated unfairly, and the system’s set up to keep him locked up for the rest of his life. Suge pled no contest to voluntary manslaughter in the killing of Terry Carter. Suge will get 28 years in prison but he’ll get credit for time served, and due to prison overcrowding, he could get out in just over 10 years.

Suge Jacob Knight has been vocal on social media since his father’s 2015 arrest. Last year after not seeing him for two years he took to Instagram to say his father was being neglected.