Glendon Crain is a former adult film actor and until recently the husband of Stormy Daniels –who’s been recently in the news due to ties with President Trump.

Crain who has been married to Daniels for the last three years has also filed for a restraining order from the former adult star. To confirm the fact they are clearly heading for divorce, TMZ point out that Daniels –who was arrested last week, marked no when asked if she was married.

Crain and Daniels tied the knot back in 2015 but have been together for over a decade. He is hubby number three as Stormy, real name Stephanie Clifford was previously hitched to Pat Myne and Mike Moz. Daniels is well known in the adult film world and of course, for famously claiming she and President Donald Trump had a sexual relationship during his marriage to first lady Melania Trump.

Crain is also an adult film professional and has made a career for him in the industry. Crain whose real name is Brendon Miller is also a heavy metal drummer. 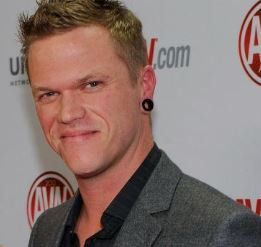 The performer and musician, was born August 30, 1976; the Kansas native is also the father of the soon-to-be former couple’s daughter. Stormy gave birth to their only child in 2011.

According to his IMDb, Glendon has had roles in more than 40 video releases. Right after his high school graduation, he joined a band called, The Feds –which was signed to Capitol Records and went onto record five albums with.

As a musician, Glendon Crain has collaborated with several bands, including Godhead, Hollywood Undead. He’s also toured with Katy Perry and Korn.

Do you think Daniels coming forward about the alleged Trump affair has something to do with her imminent divorce? Comment below.