Carolina Ferreira is the gorgeous wife of Former Guns N’ Roses drummer Steven Adler -who according to reports has been hospitalized following a possible suicide attempt.

Carolina’s husband suffered non-life threatening injuries. According to TMZ, Adler, 54, stabbed himself in the stomach.
Steven Adler was the drummer for Guns N’ Roses from 1982 to 1990. Adler joined Guns N’ Roses alongside frontman Axl Rose in 1982; and he was part of the classic version of the group that released the eternal 1987 masterpiece Appetite For Destruction. The band became one of the most influential, ground-breaking hard rock bands to emerge from the late-80′s L.A. hard rock scene.

He was reportedly fired in 1990 due to his ****** and cocaine addiction, according to Rolling Stone, and sued the band for axing him over drug use when they allegedly introduced him to the hard stuff.
Adler joined other Guns N’ Roses members, including Sorum, when the band was inducted into the Rock & Roll Hall Of Fame in 2012. And at a 2016 Guns N’ Roses show, he sat in with the band on a couple of songs for the first time since 1990. In 2003, he formed Adler’s Appetite and continues to perform with them live.

Since then, he’s also appeared on the second and fifth seasons of “Celebrity Rehab with Dr. Drew” in 2008 and 2011, and the first season of the VH1 show’s spinoff, “Sober House,” in 2009. According to the rock news site Blabbermouth, Adler celebrated four years of sobriety in 2018.

He lives in Los Angeles with his wife, Carolina Adler. 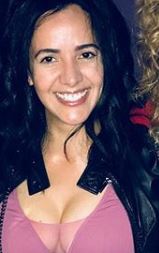 Carolina Adler was born in Argentina as Carolina Ferreira in 1979. Carolina who is of Hispanic decent, is actually his second wife. Steven Adler was previously married to Cheryl Swiderski, for a year until 1990. He and Ferreira have been happily married since 2002.

Not many details are known about Carolina Ferreira othern then the brunette stunner being a longtime Rock & Roll wife and also being her husband’s biggest fan and supporter. From social media we do know she has a sister named Melanie Ferreira.

Check out more picture of Carolina Ferreira on her husband’s instagram here. 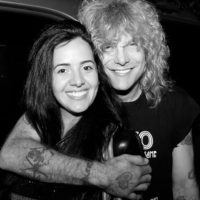 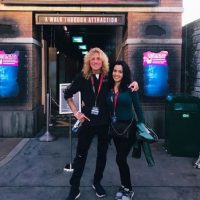 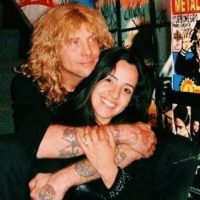 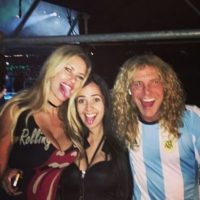 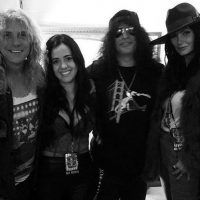 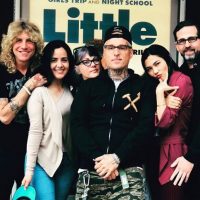 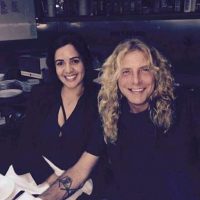