Wendy Ballew was once the missus of famous designer Steve Madden –the couple were married for years prior to their split.

Wendy’s husband is well known in the fashion community, the 60-year-old male designer has been in the industry for decades. The Queens native began his company back in 1990 –by selling shoes out of the truck of his car.

The shoe titan founded Steve Madden, Ltd.; but began working at a shoe store, Toulouse from 1974–76, and at Jildor, a women’s clothing boutique.

In the late 70’s he landed a job as sales representative for a footwear company, L. J. Simone. He held various other positions before leaving in mid-1988. Steve went onto found Souliers and later founded Steve Madden Ltd., in 1990. He became chair and chief executive officer when it became a publicly traded company, 1993; resigned both posts to serve as creative and design chief, 2001. 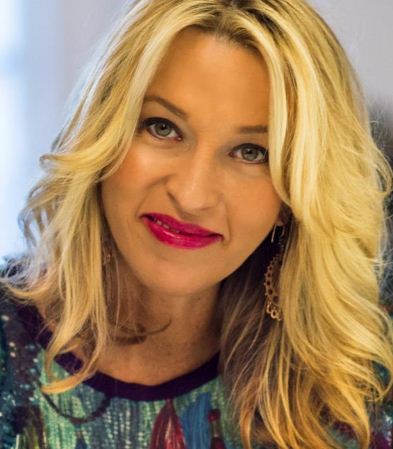 The notorious designer who served time in jail for conspiracy to commit money laundering and securities fraud back in 2001 –was once married to footwear exec, Wendy Ballew.

Ballew and Madden bonded after the two worked together. Wendy Ballew served as the company’s director of operations. She joined the company in 1992.

She regularly visited him while in jail. They tied the knot in 2005 and divorced a decade later in 2015. Wendy Ballew then told media, the couple divorced over his obsession with shoes.

During their time together, the couple welcomed three children. Steve and Wendy Ballew are the proud parents of Goldie Ryan, Stevie and Jack Madden.

The mom of three went to North Medford High School and attended Southern Oregon State College. She is still listed as Director of Operations at Steve Madden –according to her social media.

You can find the lovely blonde on Instagram here.