Steve Kazee is an artis and the man currently romancing Jenna Dewan –who is still married to husband, Channing Tatum.

Steve’s current lady broke our hearts after she and hubby Channing announced their split back in April. The news of her new man comes just weeks after it was reported Tatum –with whom she shares a daughter –is currently dating Brit singer, Jessie J.

But the question here is, who Steve Kazee is, the answer will surprise you. Check out his facts below. 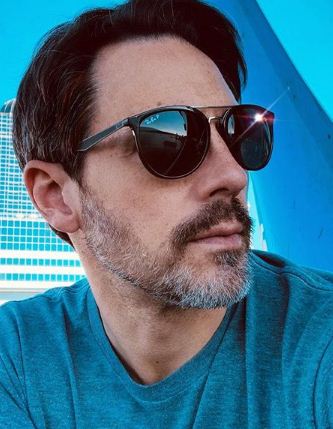 #1 He is also in the business

Kazee is a triple threat, the 43-year-old Kentucky native is an actor, singer and dancer with Broadway credits. He played a Dublin guitarist in the acclaimed Broadway production of Once. Other Broadway credits include Monty Python’s Spamalot as Sir Lancelot, Starbuck opposite Audra McDonald in the Roundabout’s 110 in the Shade, To Be or Not to Be at MTC and Edward Albee’s Seascape.

#2 He is a Tony Award winner

Kazee won the 2012 Tony Award for Best Performance by a Leading Actor in a Musical for his role in Once. He also won the 2013 Grammy for Musical Theater Album for the role.

#3 He’s dated celebrities in the past

#4 He lost his mother to cancer

Steve Kazee lost his mother to cancer, he acknowledge her in his Tony acceptance speech saying “My mother always told me to stand up there and show them whose little boy you are,” “I miss you every day and thank you.”

In addition to his Broadway stage presence, Kazee can also be seen on TV appearances on Shameless and Nashville. He also appeared in two episodes of NBC’s Blindspotting as Clem Hahn. He also acted on NCIS, Legends and Elementary.

Steve who is often on social media, often posts images of him and his two dogs, Violet and Stella.

#7 He is into a healthy lifestyle

Kazee seems to really enjoy hiking, especially at Griffith Park. He also posted pictures of himself at the gym in Los Angeles wearing boxing glove.

#8 He was supposed to be on Pretty Woman

Kazee was set to play Edward in Pretty Woman: The Musical, before leaving the show in late May due to family reasons.

#9 The actor has ties to The Twilight Saga

Steve Kazee lent his vocals for the soundtrack of The Twilight Saga: Breaking Dawn — Part 2 in which he sang “A Thousand Years.”

Steve attended Fairview High School and Morehead State University. After moving to New York to pursue acting, he enrolled at NYU’s Tisch School of the Arts –from where he received a MFA from the Graduate Acting Program.