Lisa Bullock is the lovely wife of politician, Steve Bullock –who has served as the Governor of Montana since 2013.

Lisa’s husband is the latest Democrat to launch a 2020 presidential campaign. 53-year-old Steve becomes the 22nd Democrat to announce a bid to take on Trump in 2020.

Bullock is a life-long Montanan, born in Missoula and raised by a single mom in Helena, the state’s capital. After graduating from Helena High School, he attended Claremont McKenna College in California and later got a law degree from Columbia Law School in New York.

Bullock entered Montana politics working for the Montana secretary of state and later the state’s Department of Justice. He first ran for office in 2000, when he lost the Democratic primary for Montana attorney general. Bullock entered private practice after that loss — including a stint working in Washington, D.C. — before he ran, this time successfully, for attorney general in 2008. After one term as attorney general, Bullock successfully ran to become Montana’s governor in 2012.

He’s been married to Lisa Downs, now Lisa Bullock, for many years. Together they are the proud parents of three children, Alexandria, Caroline and Cameron Bullock.

Unlike other political spouses, Lisa Bullock has an online presence. According to her profile on the National Governors Association (NGA); Lisa was born in Helena, Montana –the oldest of six children to a psychology professor father and a registered nurse mother. 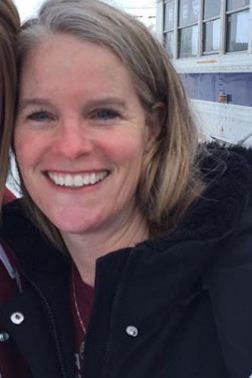 She received her Bachelor of Arts degree in Mathematics and Computer Science from Carroll College in Helena, and attended graduate school at the University of Southern California in Los Angeles, California where she worked on her Master’s degree in Applied Mathematics.

Lisa has worked for several large corporations –such as IBM, Northrop Grumman, MAXIMUS, Public Knowledge –and has taught high school mathematics. Currently, she is a Research & Development Manager for Court View Justice Solutions.

The political spouse and mom of three is also passionate about children. She is an advocate for feeding kids who come to school hungry and also serves as a Board Champion for the Montana Girls STEM Collaborative Project.