Stephen Jones is the a true example of solidarity and selflessness, the homeless fella has been dubbed a hero during the Manchester Arena bombing which left 22 dead and dozens injured.

On Monday, May 22 a suicide bomber identified as Salman Abedi detonated explosives towards the end of an Ariana Grande concert at the Manchester Arena. The venue became a chaotic scene after hundreds of teenage girls scrambled to find a way out.

Multiple reports say Stephen Jones –not a Manchester police officer, not a soldier, not a fireman, not a member of any social service or even a concert goer –but a homeless man; rushed to help those caught up on the horrific terror attack.

Jone who was sleeping near the arena when he heard a huge bang, thought at first it had been a firework. He soon realized it had been an explosion and that he might could do something to help. The 35-year-old told reporters

The homeless guy told ITV news how he had pulled nails from a little girls face. He said when he arrived to the scene he saw a lot o f children with blood all over them –crying and screaming.

”If I didn’t help, I wouldn’t be able to live with myself for walking away and leaving kids like that. Just because I’m homeless it doesn’t mean that I haven’t got a heart and I’m not human still.“ 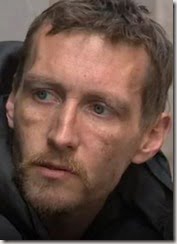 The kind-hearted Jones also said his mate, Chris Parker –a fellow homeless, cradled a dying woman. They both helped in whatever they could as ambulances arrived.

Stephen Jones who used to work as a bricklayer –probably never imagined he would be rewarded big time for his heroic actions.

According to the Metro UK, Stephen’s bravery moved, West Ham co-chairman David Sullivan who set out to track down the 35-year-old in order to offer him a place to live.

The deal is that Sullivan will pay for Stephen Jones’ rent for the next six months so he can get back on his feet.

Thought the attack on Monday should’ve never happened, Stephen’s life has changed for the better following the tragedy.  Not only that, a JustGiving page was also set up for him after his heroic actions came to light. Since then it has raised more than £16,600.

What do you think is the lesson here? Comment below!