John Ozbilgen has been named as the on-again-off-again boyfriend of missing Stephanie Parze.

According to prosecutors, John could well may be more than just Parze’s former partner. It turns out Ozbilgen sent her 10 unanswered text messages that ended with obscenities and told her that “she always has to make their relationship ****” -on the night before Stephanie Parze went missing. The Freehold Township woman disappeared since Oct. 30. 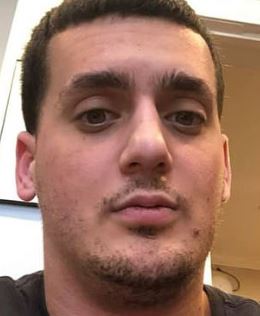 Parze’s family last saw her during the Oct. 30 trip to New Brunswick. She then went to her grandmother’s home in the township, where she had been living since 2018. Her mother found Parze’s car parked in her driveway as well as her cellphone but there was no sign of her 25-year-old daughter.

29-year-old Ozbilgen has a lot to worry about actually; authorities not only believe he is a person of interest in Stephanie’s disappearance, he also has hanging around his neck -a simple assault domestic violence complaint that Parze filed last September. Moreover, John Ozbilgen was taken into custody last week on unrelated child ****ography charges. Prosecutors said they found 10 images of child ****ography on Ozbilgen’s phone, including sexually graphic images of toddlers.
The disclosures came during Ozbilgen’s detention hearing. He was hit with the latter while authorities searched his home because of Parze’s disappearance.

Latest reports say he was released from jail by Superior Court Judge Paul X. His lawyer argued that the sole charge of possession of child ****ography did not warrant Ozbilgen remaining in custody. Ozbilgen now needs to report to the court in person and by phone twice a month.
There have been no arrests in Ozbilgen’s former girlfriend’s disappearance.