Stephanie Holmes is the proud wife David Holmes -who serves as the counselor for political affairs at the U.S. Embassy in Ukraine.

Stephanie’s husband gave a closed-door testimony to the House of Intelligence for President Trump impeachment inquiry.
David Holmes is a native of California and is a graduate of Pomona College, University of St. Andrews in Scotland and Princeton University.
He has worked for the U.S. Foreign Service since 2002 and has previously been based in Afghanistan, Russia, Kosovo and India, according to a New York Times feature.
The career diplomat has been married to Stephanie Holmes for years.

Stephanie Holmes has been described as a Foreign Service Officer. In fact, according to a profile, Stephanie Holmes is the Head of Law Enforcement Section at the U.S Embassy in Ukraine. 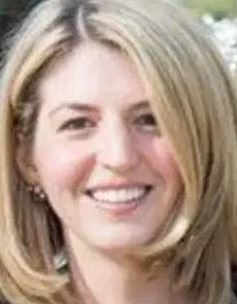 The INL Section is responsible for coordinating and implementing criminal justice and law enforcement reform and technical assistance programs in Ukraine funded by the Department of State. Holmes and his wife have been based in Kyiv since August 2017.
The couple has been pictured a number of times attending official events; back in 2014 her husband received the Rifkin Award in 2014 for his constructive criticism of President Barack Obama’s policy on South Asia.

Stephanie Holmes is the proud mother of the couple’s two children, a son, and a daughter. Is safe to say that in addition to caring for the couple’s kids, Stephanie Holmes keeps busy at work. In late 2018, the spouse and mother participated in a seminar to legal students in Kyiv as part of the “Tomorrow’s Lawyer” program.

Last August, she told a group of new officers who graduated from the Patrol Police Academy “You will always be the thin line that separates good from evil”