Director of Communications for @FLOTUS Melania Trump. She previously served as press secretary for President Donald Trump. She was originally hired in 2017 to be the special assistant to the president and director of communications to the First Lady.

Like many working in the current administration, Stephanie worked on the presidential campaign of Donald Trump.

Grisham –an Arizona native, helped set up Trump’s Arizona rallies –he ended up winning the state of Arizona with 49 percent of the vote. Let’s just say she earned her spot on Trump’s communications team at the time. 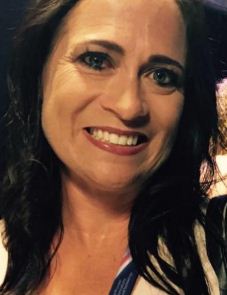 Once in the White House, Grisham was named special adviser for operations. She was then given the position of deputy White House press secretary.

Grisham actually has experience working with other politicians, she is a former spokesperson for the Republicans in the Arizona House of Representatives. She also previously served as the spokesperson for Arizona Attorney General Tom Horne.

Since working for the first lady, Grisham has been a loyal servant; in a press release from 2017, she said that she is honored to serve under Melania Trump, saying that the first lady’s story is inspiring.

This is once again shown in her action of calling to boycott rapper T.I’s video/song –under the grounds that it ‘sexualizes the first lady’ calling the video ‘disgusting.’

Grisham is active on Twitter, where she has over 25k followers.

On a more personal note, Grisham gave an interview to Fox on her dream job at the White House, however she revealed the job has its sacrifices mostly because she is a single mother of two sons, Kurt and Jake. Kurt is a college student while Jake is 10-years-old.