Stef’An Strawder & Sean Archilles have been identified as the fatal victims in this morning’s shooting outside a Fort Myers nightclub.

The two teens were killed and at least 16 others were injured at Club Blu –when a gunman opened fire and began shooting the young crowd, as they were leaving the party.

According to authorities, the nightclub, had been hosting a party for young people. Fire erupted only after the event had ended, “as teenagers were leaving the club and parents were arriving to pick them up.” A statement from the club’s Facebook page read.

A flier promoting the party the night before said that Club Blu, in the Carrell Corners strip mall, was hosting a Swimsuit Glow Party with live performances, and that no identification cards would be required. The club described the gathering as a party for young people.

A witness told media, he saw the parking lot had been filled with cars and loud music as the teenagers were departing the club. Then he heard gunshots and saw a person lying on the ground. 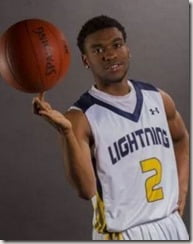 18-year-old Stef’An Strawder was also known by close friends as “Dee.” He attended Lehigh Senior High School –where he was a star basketball player who dreamed to play college ball. He has been described by grieving family and friends as a ‘great kid.”

Reports say he was shot in his right shoulder as he walked through Club Blu’s door on his way to the parking lot, his mother said.

Stef’An Strawder was set to be a senior this year and had hopes to play hoops at a Division I college.

Strawder was the catalyst for Lehigh’s offense during a 19-8 season, averaging 15.6 points, 5.5 assists and 2.8 steals per game. He was also a member of the Florida Future Elite 17U team, which competed at the AAU National Championship Showcase Orlando over the weekend.

He is survived by his mother, Stephanie White and a 19-year-old sister, Sharrelle –who is also said to have been injured during the shooting.

According to his mother, Stef’An was pronounced dead at Lee Memorial Hospital at 3:30 a.m. 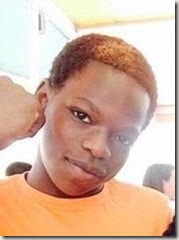 14-year-old Sean Archilles is the other fatal victim in the shooting. Archilles who is the youngest victim of the shooting, celebrated his 14th brithday on March 28.

He is surivved by his parents and brother, Dsean Archilles. His father, Jean Robert Archilles told media he has no idea why someone would want to kill his son.

Accoridng to his father, Archilles also was a big fan of basketball and loved playing. His son attended Royal Palm Exceptional School.

Archilles graduated from the Bridge Youth Center –where he was involved in sports activities. Sean’s brother posted on Facebook:

Victims, ages 12 to 27, began arriving at Lee Memorial Hospital around 1:30 a.m., according to Cheryl Garn, a hospital spokeswoman. Authorities were also searching two other sites in the city.

Police gave no immediate indication on a possible motive, but said it “is not an act of terror.”

Residents of the neighborhood around the club said the area was stalked by drug dealing and violence.