Tonya’s husband has been in the industry for decades, through the years he’s won numerous awards, including an Academy Award for Best Adapted Screenplay, a Student Academy Award, a BAFTA Award for Best Adapted Screenplay, two Emmy Awards, two Peabody Awards, and the Cannes Grand Prix. However over the weekend reports say he was visibly upset when Green Book took the Oscar for best picture. Lee was nominated for BlacKkKlansman.

The Atlanta native and longtime resident of New York has been happily married to Tonya Lewis since 1992. The couple had a short engagement after having met previously that same year. 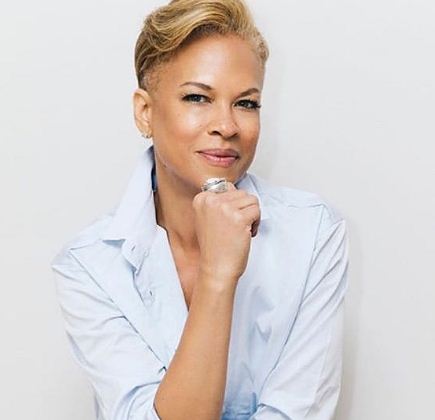 Since then, Spike and Tonya Lewis Lee have welcomed two children together; 25-year-old daughter Satchel and 22-year-old son, Jackson.

But Lee isn’t the only star in the family, his wife is pretty badass too. She was born Tonya Linnette Lewis on March 30, 1966. The New Yorker has a background in law but like her husband, is also a producer for film and TV.

Tonya graduated from Sarah Lawrence College with a BA and the University Of Virginia School Of Law with a JD. She practiced law for over a year in Washington before meeting her husband.

Tonya worked for over a decade as an independent producer through her company, Madstone Company Inc where she produced, scripted and unscripted work for companies such as Disney TV Animation, Nickelodeon, the U.S. Department of Health and Human Services and OraTV.

In addition she is also an author and advocate for women’s health. According to her website, her children’s books have sold over a million copies.

In 2012, Tonya co-founded ToniK Productions and is also the founder of HealthyYouNow.com(HYN), a health, nutrition and wellness platform designed to deliver health information, inspiration and products to women.