Sixto David Fernandez has been named as the original target of the murder-for-hire plot that ended with former Red Sox star David Ortiz, being shot in the back.

Authorities in the Dominican Republic said during a detailed press conference, former Red Sox star David Ortiz was not the intended target of an assassination attempt, instead, the attack was meant for his close friend, named as Sixto David Fernandez -who was sitting at the table with Ortiz.

This would make sense with the shooter, Rolfi Ferreyra Cruz who claimed from his cell last week, he did not mean to shoot Ortiz but was confused by the ex-slugger’s attire.

According to reports, Sixto David Fernandez is a loyal client of the outdoor bar where the shooting took place. Fernandez allegedly goes there every Sunday; so the mastermaind behind it knew about his whereabouts. Officials believe Victor Hugo Gómez Vasquez, a fugitive who is a member of the Gulf Cartel, is the mastermind behind the alleged hit. Gomez Vasquez and David Fernandez are actually cousins and the reason he hired a gang of killers to eliminate his cousin is because he suspects it was Sixto who turned him in to narcotics investigators several years ago.
Gomez was charged in March by the U.S. attorney’s office for the Southern District of Texas with four counts related to drug trafficking. 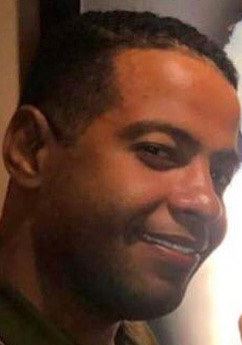 Sixto David Fernández, was seated with the former baseball star on the night of June 9, when a gunman approached and fired a single shot at Ortiz.

11 people have been since been arrested in connection with the shooting. Police are still looking for three more suspects. In addition to Gomez, other suspects at large include Alberto Miguel Rodriguez Mota, who allegedly provided the $7,800 used to pay the team of attackers, and Luis Alfredo Rivas Clase, said to have helped coordinate the shooting.
Other than having a famous friend like David Ortiz, we know that Sixto David Fernandez is a mechanic who owns an auto-repair shop. Reports also said he does not have any criminal records.