Sophia Kao is the longtime wife of Hong Kong actor and film producer, Simon Yam -a well known face in his native country.

Sophia’s movie star husband who has been active in Hong Kong’s entertainment world since the late 70’s was stabbed at promotional event in China. The 64-year-old actor was taken to a hospital after a man jumped onstage and stabbed him in the stomach.
Footage of the shocking moment shows a man approach the stage and lunge at the veteran actor before a violent scuffle ensues. Security guards then rush to intervene and, according to police, the attacker was detained at the scene and a motive for the attack is yet unknown.
According to Yam’s team he was stabbed in his stomach and slashed on his arm, but was conscious the entire time and his injuries are ‘not life threatening’

Simon Yam also known as Tat-wah, is enormously popular and has a number of American movie credits. The actor started his career as a model before starring in a number of critically acclaimed Chinese-language films and TV series.
He made his Hollywood debut in the 2003 film Lara Croft: Tomb Raider – The Cradle of Life in which he played a crime lord. He received the Star Asia Award at the 2010 New York Asian Film Festival. 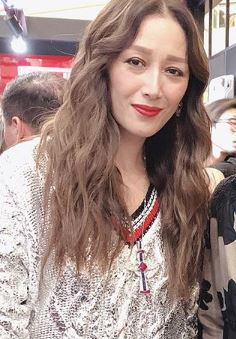 He and wife Sophia Kao have been married for many years. She is actually his second wife, Yam first married Ho Sui-yi -the two however, divorced in 1986 after five-years of marriage.

Sophia Kao also known as Qi Qi -is a former supermodel. She was born September 29, 1967 in Shanghai, China. Qi Qi is one of the original supermodels of Hong Kong.
She was discovered by a model agency in Vienna when she was just 17 years old. After that, she appeared in numerous runway shows and in many international fashion magazine covers, such as Vogue, Elle, Harper’s Bazaar, Cosmopolitan.

A veteran of the modeling world, she has served as the spokes model for Japan cosmetics company, SK-II since July, 2005.

The celebrity couple has been married since 1997 and together share a daughter, Ella Yam who was born in 2004. The couple’s daughter has followed into her mother’s footsteps into modeling. The 15-year-old stands at 1.7m-tall, with long, slender limbs that many say were inherited from her statuesque parents.