Sierra Swartz is the new gal in the life of Aussie crooner Cody Simpson, the alleged couple was spotted leaving a nightclub in the wee hours recently.

Reports say, the blonde babe and the singer partied up at a trendy L.A nightclub called The Nice Guy earlier this week.

Earlier this month, the 19-year-old and Sierra Swartz were photographed cuddling up while attending the Malibu Guitar Festival. They allegedly met at an event and have been inseparable ever since. 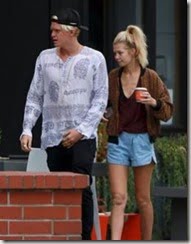 So who is the new gal? Sierra Swartz is an aspiring model hailing from California. It is not the first time the blonde makes the news, though the first time was not in the happiest of circumstances.

Sierra Swartz was one of the survivors from the Santa Barbara shooting in May 2014. The aspiring model survived the Santa Barbara massacre when gunman Elliot Rodger murdered six students and injured 14 others before taking his own life.

Following the ordeal she told reporters: ‘He [Elliot] lifted up a little black pistol… and I just thought it was some kind of airsoft gun or something. I was like, “hey, what’s up?” ‘And then I turned around and I started walking away.’ 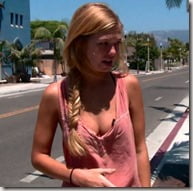 At the time, she was walking to a friend’s house when Elliot aimed at her from his black car – luckily, she managed to flee and find safety inside a neighboring house.

“He did it so nonchalantly. He was just driving, he smiled at me, said something and then lifted up like this and just started shooting,” Sierra Swartz, then an 18-year-old Santa Barbara City College student, told KEYT at the time.

Sierra Swartz is the daughter of a guitar maker. The 20-year-old has embarked in a modeling and acting career. She keeps very active on social media and often posts pictures of her modeling to Instagram. 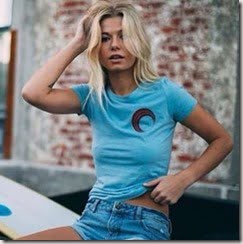 Sierra –who has also done some topless shoots –attended the City Gala Fundraiser 2016 at The Playboy Mansion on February 15. She also has a profile with the actors studio gallery.

Before Sierra, Cody split from his on/off again girlfriend Gigi Hadid for the final time in May 2015. Some say, Sierra looks like Cody’s ex, Gigi, what do you think?