Susan Oberg was the wife of legendary horror movie actor, Sid Haig -known for his role as Captain Spaulding in Rob Zombie’s “House of 1000 Corpses” trilogy.

Susan’s husband of over a decade sadly died over the weekend, Haig was 80-years-old. According to Susan Oberg, Sid had a fall several weeks ago and suffered serious breathing complications. He died of a lung infection.

Haig, born in Fresno, California as Sidney Eddy Mosesian, played music in the 1950s, drumming his way to a number four hit single “Full House” with the T-Birds.
He then starred in director Jack Hill’s blaxploitation films during the late 1960s and 70s. Titles include “Spider Baby,” “Coffy” and “Foxy Brown.” He starred opposite Pam Greer in many of Hill’s films.
Haig worked on dozens of films and television shows throughout his career, including George Lucas’ “THX 1138,” “Point Blank,” “Beyond Atlantis,” “Diamonds Are Forever,” “Night of the Living Dead 3D” and Quentin Tarantino’s “Jackie Brown.” He can also be seen in “Kill Bill Vol. 2.”

While he opted to act in mainly horror films, he did make appearances in The Dukes of Hazzard, Mission: Impossible, Star Trek, Batman and the James Bond movie, Diamonds Are Forever. He is survived by his wife, Susan L. Oberg. 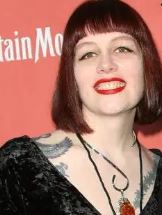 Susan Oberg and Sid tied the knot in November of 2007. Haig posted a touching image of the couple for their wedding anniversary last year, he wrote “Today is our 11th Wedding Anniversary. Good times and bad, ups and downs our love has kept us going. Everything I have been able to do has been because of her effort, love and creativity. I am truly blessed to have Suzie in my life, as my wife”

Susan L. Oberg was born September 11, 1972; the Philadelphia, Pennsylvania native graduated from Temple University’s Tyler School of Art in 1996 with a B.F.A. in metals.
Susan who was 33-years younger then Sid -also served as her husband’s publicist and was the CEO of The Haig Group, a corporation which they formed together. She also was the co-administrator for Haig’s official website.

According to her IMDb, Susan is a former professional body-piercer turned published poet. She edited Joe Knetter’s Twisted Loneliness,” a collection of short stories, and has had a total of 15 poetic works published by Splatbooks, Noble House UK, and The International Library of Poetry.

In the film industry, Susan Oberg worked as a unit publicist for Little Big Top and Dark Moon Rising. Most recently, she served as a creative consultant on 2019’s High on the Hog.