Sia the fabulous Grammy nominated singer/songwriter behind the black & blonde wig, has released an intimate photo of herself.

Born Sia Kate Isobelle Furler on December 18, 1975; the Aussie native began her career in the mid-90’s, however, she achieved success a few years ago with hits including “Chandelier,” “Elastic Heart” and “Clap Your Hands.”

Following the split of her band Crisp in 1997, she embarked herself in a solo career with the release of her debut album, Only See. She then made the move to London –where she became the vocalist for the Brit duo, Zero 7. During the 2000’s Sia was in and out of the industry; she signed a deal with Sony’s Dance Pool and released her second studio album. She then took a break from music, following the release of her fifth studio album.

In 2014 she came back with her sixth studio album 1000 Forms of Fear, which debuted at No 1 in the U.S. Billboard 200 and generated the top-ten breakthrough single “Chandelier” and a trilogy of music videos starring child dancer Maddie Ziegler.

Sia –who is also known for her successful collaborations -“Titanium” (with David Guetta), “Diamonds” (with Rihanna) and “Wild Ones” (with Flo Rida) –has since been, one of the hottest artists. In 2016 with the release of her seventh album, she also became a married woman. 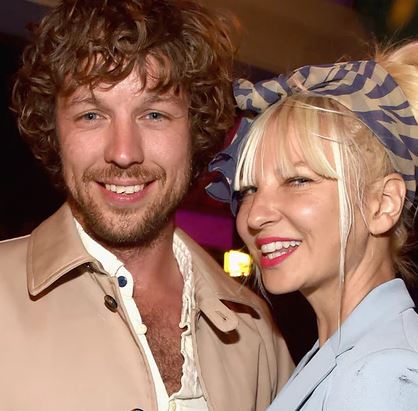 Erik Anders Lang and Sia became hitched in August 2014. Lang is a documentary filmmaker, some of his work includes the project “Moving.” Lang originally came to filmmaking from photography.

According to Lang’s IMDb page, he has worked as a director, writer, producer, and crew member on various projects over the past few years, including Dear John and Celeste & Jess Forever. He is also the co-founder of a production company called, Pictures Pictures.

Lang and Sia tied the knot at her home in Palm Springs, however they announced their separation in December of 2016. Their marriage was apparently doomed from the beginning after they reportedly wed only two months after they got engaged.

During their time together the couple made just a handful of red carpet appearances together. Sia stayed true to her mysterious nature and only confirmed her marriage to Lang on an Australian radio show eight months after the wedding!

Dan Pontifex and Sia were in a relationship during the time she left the band Crisp. The couple lived together in London, however during a trip abroad, Sia received the tragic news of his death.

Pontifex died in the late 90’s following a car accident in London. Sia then dedicated her second album in his memory. Sia took his dead hard and during an interview with the Sunday Times in 2007, she said she was so devastated after his death that she went on a drugs bender for the next six years. 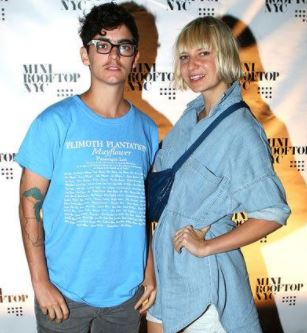 JD Samson and Sia were an item from 2008 until their split in 2011. JD was born Jocelyn Samson on August 4, 1978. An Ohio native, Samson is also a musician best known as a member of Le Tigre and MEN.

Samson had been open about her sexuality since her teenage years but Sia said of their relationship: “I’ve always dated boys and girls and anything in between. I don’t care what gender you are, it’s about people. … I’ve always been… well, flexible is the word I would use.”

The 41-year-old recently faced threats of paparazzi selling alleged naked images of her. However Sia who is releasing her latest album next month –posted the nude image herself and told her fans to save their money.

Do you think is really Sia in the photo?