Sheree Zampino is an actress and the former wife of Hollywood star, Will Smith. Her name recently came up during a rant actress Alexis Arquette posted to Facebook!

Many outlets seem to believe Alexis saying Will and wife Jada are gay, is a sad attempt to become relevant. What do you think?

Alexis also makes a remark about Sheree, implying she left Will after she found him with another man. 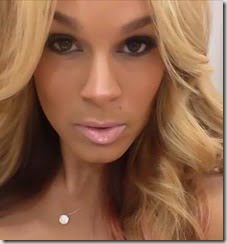 Sheree Zampino and Will Smith were married for about three years in the early 90’s. Together they have one son. Sheree Zampino and Will Smith met and got married in 1991. At the time she was a fashion design student. Six months after their marriage, she gave birth to their son, Willard C. Smith III –who goes by the nickname “Trey” –and who was born November 11, 1992.

Smith and Zampino, however, separate in 1995. It is known Smith dedicated his 1998 single “Just the Two of Us,” to Trey – who stars alongside his dad in the video – telling him, “It didn’t work out with me and your mom/But yo, push come to shove/You was conceived in love.” 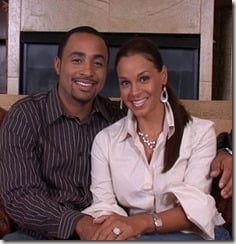 Sheree Zampino remarried in 2007. She and Pastor Terrell Fletcher tied the knot in 2007, but separated from the ex-NFL running back-turned-preacher in 2014. Together Zampino and Fletcher have a daughter named Jodie.

Sheree Zampino was born Sheree Elizabeth Zampino on NOV. 16, 1967. She’s also known for roles including Our Journey in 2001.

Sheree Zampino also appeared in the VH1 reality series Hollywood Exes. While being on the show, she was criticized by fans after being accused of engaging in behavior that didn’t befit the wife of a full-time minister. She served as the director of the  “Women on the Wall Ministries.”

Sheree is also the CEO at Sheree Elizabeth LLC. She also runs her own online boutique.

Dou you think Sheree Zampino was paid to keep Will Smith’s secret?