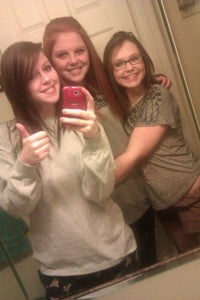 Is Shelia the mastermind behind the gruesome murder of Skylar Neese? This story is not for the squeamish. It’s the story of three sixteen year old girls who were best friends (or something more according to different sources). Two of them decided they’d been friends long enough and that they no longer desired to be friends with Skylar.

In Star City, West Virginia, on the night of July 6, 2012, after coming home from her job, Skylar snuck out of her room at around midnight, by a window, got into a car and was never seen alive again, except by her killers. Her body was found 6 months later after Rachel Shoaf confessed to her murder stating that she and a friend whom she did not name at the time, had plotted to kill her together.

The two girls have been charged as adults even though they are 16. Rachel, overwhelmed by guilt and fear, confessed to the brutal murder, stating that the plan was to take Skylar to a forested area in Pennsylvania, around 30 minutes  away, socialize with her for a while, and at an agreed upon time stab her to death, burying her body there. They were unable to bury the girl’s body so they hid it under branches. Rachel took the police to the burial site, where the body was found in such a state that it wasn’t until March that it was positively identified as Skylar Neese.  Her confession shocked the investigators.  At this time she revealed that Shelia Eddy was the mastermind of this horrible plot and that they killed her simply because they did not want to be friends with her anymore.

These girls will be tried as adults and can each get up to 40 years of prison if found guilty, although Rachel might possibly get a plea deal for cooperating with the authorities which will allow her to plead 2nd degree murder with up to 20 years of prison. Shelia has maintained her innocence and will likely plead not guilty when she comes to trial. Until then we will probably not know the real story behind this chilling tale.