Matte Babel is the boyfriend of Canadian actress and model, Shay Mitchell –best known for her work on Pretty Little Liars.

Matte’s lady recently revealed in a heart breaking post that she suffered a miscarriage in 2018. The 31-year-old Canadian-Filipino star said she lost the child of her ‘hopes and dreams.’

Shay was born April 10, 1987 in Mississauga, Canada; to Precious and Mark Mitchell and raised alongside a younger brother named Sean.

The stunner rose to fame as Emily Fields on Freeform’s Pretty Little Liars. In 2011, she received a Young Hollywood Award for her work on the hit show.

Prior to becoming a fan favorite to TV audiences, she began her career as a model, participating in a notable campaign for American Eagle Outfitters. She also appeared in a Disney XD series called Aaron Stone. Other credits include her appearing in Logan Paul’s music video “Help Me Help You” alongside the band Why Don’t We.

Most recently she launched her own lifestyle brand, called, Beis.

She is currently in a relationship whit Matte Babel and previously dated Carlos Pena. She and Babel began dating in early 2017. 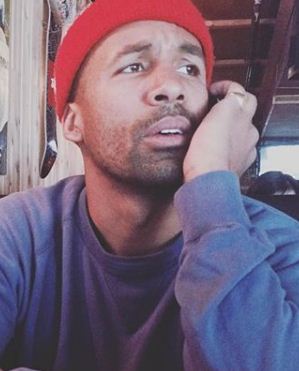 Babel was born October 13, 1980 in Toronto, Canada. He is known for hosting MuchMusic’s Much On Demand and later reporting on CP24. He then became a correspondent on Entertainment Tonight Canada in 2011. He also hosted the reality program Canada Sings. Babel is also known for his close friendship to rapper, Drake.

He is also the CEO of Ransom Music Group, an LA based music management group.

Prior to his TV personality career, Matte played varsity football and basketball –and later embarked on a short career in semi-professional football in Austria. He earned degrees in sociology and communications and actually grew up thinking that he was going to be a lawyer. He even took his LSATs and was studying hard for law school.

Both Matte and Shay have been pretty quiet about their relationship, however they have been pictured numerous times together.