Shantha Mayadunne was a well-known Sri Lankan chef, sadly she lost her life in the explosions that killed at least 290 people across Sri Lanka on Sunday.

According to Sri Lanka military spokesman this was a terror attack directed to Christians in one of the most holy days in the Christians calendar.

Reports so far say there were six suicide bombers involved in the explosions. The coordinated series of bombings ripped through churches and hotels on Easter Sunday, killing at least 290 people and injuring hundreds more.

There were eight explosions in total, which took place in the cities of Colombo, Negombo and Batticaloa.

Most of the dead and injured were Sri Lankan. At least 39 tourists were killed, the country’s tourism minister said on Monday.

Police have also arrested 24 people in connection with the attacks. 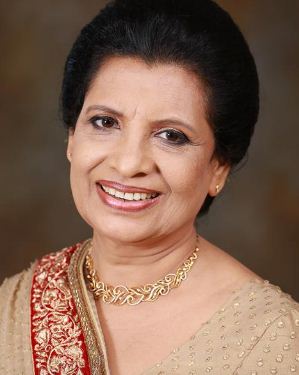 In Shantha Mayadunne’s case, she and a group of family members were staying at a targeted hotel. During the explosion her daughter, Nisanga Mayadunne also lost her life. 30-year-old Nisanga studied at the University of London and was well-known thanks to her mother’s popularity.

Shantha and her family stayed at the Shangri-La hotel, located in the capital Colombo. It is believed they were having breakfast when the explosions took place.

Shantha was known in Sri Lanka for her “quick and easy cooking.” She also ran the Shantha Mayadunne School of Cooking Art.

She made history as the first chef to have a live television cooking show in Sri Lanka according to her website – she did this on the Independent Television Network. She was trained in Australia, Singapore, Thailand, India, the United Kingdom, and held an Advanced Diploma from the Wilton School of Cake Making and Decorating in Chicago. In addition, Shantha who was in her 50’s published two cookbooks, Rasa Bojun and Rasa Bojun – 2.

There are no records on Shantha’s husband. It is not clear if she was still with her daughter’s father or in a new relationship.

Authorities have put the blame for the devastating Easter Sunday suicide bombings on a little-known radical Islamist group.