Frederic’s wife is a music icon who has sold millions of records during her decades long career in the music industry. The 54-year-old country superstar last attended the American Music Awards in 2003 and is now making a comeback.

Born Eilleen Regina Edwards -Twain hardly needs an introduction. The crossover hitmaker is behind the 1998’s Come on Over album which is the biggest-selling country album ever.

Twain has been married twice. She first wedded producer Robert John “Mutt” Lange in 1993. Together they welcomed a son, Eja born in 2001. The two divorced in 2010 after Lange had an affair with her best friend and personal secretary, Marie-Anne.
The following year, she tied the knot to Frédéric Thiébaud in Puerto Rico.
She and Thiébaud, her second and current husband -actually got together after divorcing their respective spouses. Frédéric Thiébaud was previously married to Marie-Anne. He is the father of a daughter named, Johanna Thiebaud -from his previous union. 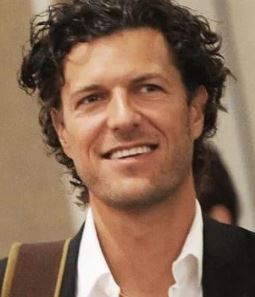 Shania wrote about their relationship “Frederic Nicolas Thiebaud has been a true gift to me as a compassionate, understanding friend and over time, an amazing love has blossomed from this precious friendship”

She told a publication “I describe what happened to Fred and me this way: we were two people who had been jettisoned from our lives as if we’d been shoved off the edge of a high cliff. Thankfully, we managed to grab onto each other on the way down in midair, and break each other’s fall”

Swiss-born Frédéric Thiébaud is not involved in the entertainment industry like his famous wife. Frederic Nicolas Thiebaud was born August 1, 1970.

He is a longtime businessman who currently works as a business executive at Swiss based Nestle company. Not many more details are known about Frederic -who enjoys a low profile despite being married to Twain.
The two have been now married for eight years. The couple lives in the town of Corseaux.