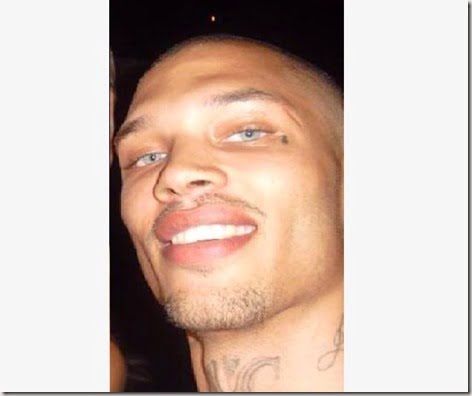 Meeks who’s strikingly good looks cant be denied, are getting quite the attention as he could possibly be a model, but instead he chose the life of a criminal.

Four people were arrested and four guns were seized in an Operation Ceasefire sweep in Stockton’s Weston Ranch area Wednesday, 18th June.
Police say a recent uptick in crime in that area led to search warrants being served at 11 different locations.
Officers arrested 30-year-old Jeremy Meeks, and three other, all on felony weapon charges.
The four guns seized were two rifles, a handgun and a shotgun.

A photo of him holding his son was posted hours ago, captioned

Jeremy my man please start over your life , be somebody better and somebody your children wants to look up to

Behind that mesmerizing look there’s the ugly truth, a much less attractive story of gang tattoos, grand theft and forgery. He has been in and out of courtrooms in California and Washington for crimes including resisting arrest, faking his identity and grand theft and the rap sheet gets worst!

We got curious about his romantic life, wondering about who the mother of Jeremy Jr. could be. As it turns out, Meeks is apparently a married guy! 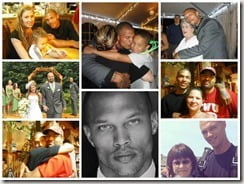 His better half and “partner in crime” hasn’t been identified juts yet but we did found some images of the alleged couple. 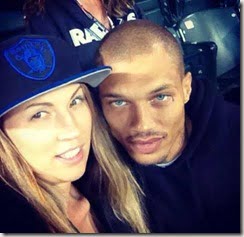 PinAs serious as his situation is, his girlfriend/wife is the envy of many women around the country; social media platform users say she is a lucky lady.

Speaking out from jail, the tattoo-covered felon said that officers arrested him after finding a pistol in his trunk. But he insisted his gang days were behind him. 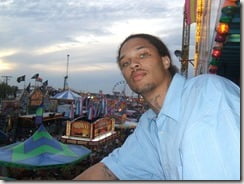 He would not reveal the meaning of the teardrop tattoo beneath his left eye – which is sometimes a gang sign for carrying out a murder or relating to time spent locked up – but simply said he has done some things in the past he’d rather forget.

Meeks added that he learned of his new-found fame when he spoke with his wife. They have been married for four years and have one child, a three-year-old son, together.

Meeks remains behind bars. You can find him on Facebook here.

Do you think a model agency could come and save him?