Marisa Chiazzese is the late wife of Italian politician, lawyer and judge Sergio Mattarella -the current President of the Italian Republic.

Marisa and her husband were married for many years until her passing in 2012. Sergio Mattarella , born in Palermo on July 23, 1941; his father Bernardo Mattarella helped found the Christian Democracy Party -which dominated the Italian political scene for almost fifty years.

Following into her father and brother’s footsteps, Sergio entered politics in the early 80’s. He was a member of Parliament from 1983 to 2008, serving as Minister of Education from 1989 to 1990 and as Minister of Defense from 1999 to 2001. In 2011, he became an elected judge on the Constitutional Court. In 2015, he was elected by parliament to be the 12th President of the Italian Republic. He is the first Sicilian to have held the post. 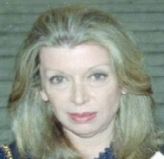 Sergio Mattarella became a widower following the death of his wife, Marisa Chiazzese. She was the daughter of Lauro Chiazzese, a professor of Roman law who also served as rector of the University of Palermo.
She and Sergio Mattarella were married in 1972. The husband and wife are said to have been very close to each other. They were together for 40 years, until her death on March 1, 2012. Marisa’ sister Irma, was married to her husband’s brother, Piersanti Mattarella -also a politician who was killed in 1980 by the Sicilian mob.

It seems Marisa Chiazzase led a very quiet lifestyle despite her husband’s high politician profile. According to reports she died of cancer. In a speech to commemorate her passing Sergio Matarella said “To follow the person most dear to me in the world, I spent several weeks in cancer hospitals. Everyone should do it”
Sergio also dedicates a mass for her every year. According to Vanity Fair, he goes to the cemetery to change the flowers on her grave. Every anniversary of her death, he publishes an obituary in which he remembers her «with unchanging affection»
During their marriage, Marisa Chiazzese and her politician husband welcomed three children, now adults: Laura, Bernardo and Francesco Mattarella.
Daughter Laura who is married to Cosimo Comella and is a mother of three -acts in her mother’s behalf as the country’s first lady. Laura Mattarella is also very discreet, a lawyer by profession she accompanies schools, hospitals and social work sites while accompanying her father on official trips. The 50-year-old is in charge of performing the typical protocol functions of the first lady.