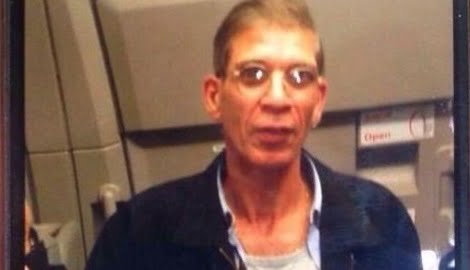 Seif Eldin Mustafa has been named as the ‘idiot’ man who hijacked a flight which was forced to land in Cyprus.

EgyptAir MS181 was travelling from Alexandria to Cairo when a demand was made for the pilot to land the Airbus 320 at Larnaca airport in Cyprus.

Seif contacted the control tower at 8.30am local time and the plane was given permission to land at 8.50am.

Officials determined early on that the hijacking was not an act of terrorism, and labeled Seif Eldin Mustafa, to appear psychologically unstable.

Upon landing, Seif Eldin Mustafa began to make a series of ‘incoherent’ requests including the release of women held in Egyptian prisons. He released an initial group of passengers that were seen calmly walking off the plane down a set of stairs, carrying their hand luggage and boarding a bus.

Seif’s ex-wife is said to be a resident of Cyprus. One of his demands included to be put in contact with her. Officials said he previously tried to communicate with his ex-wife, to what some reports suggest this could be the reason for the five-hour ordeal. However, the man’s motivations for the hijack remain unclear. 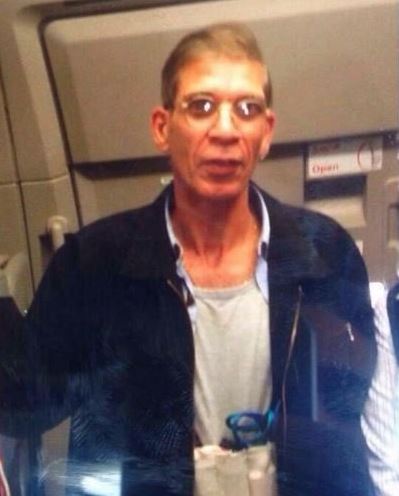 So far, no one on resulted injured but apparently Seif Eldin Mustafa kept seven people including the captain, co-pilot, an air marshal and a hostess as well as three passengers, trapped inside on the plane throughout the hijack.

The five-hour siege came to an end after a man was filmed crawling through the cockpit window and jumping towards waiting police. Three more people were shown running down the stairs before being driven away by authorities.

The Sun reported that the belt was made from several iPhone cases tied together and covered with cloth. 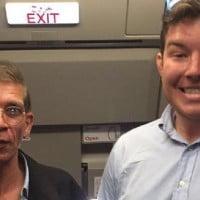 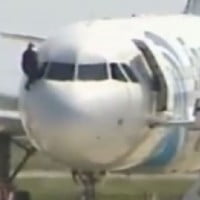 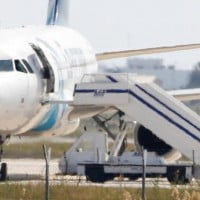 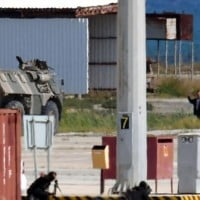 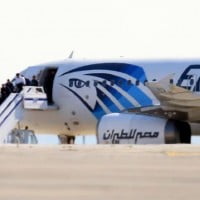 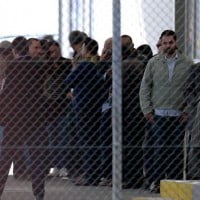 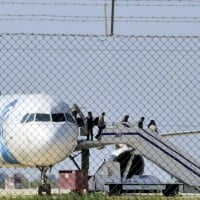