Sean Laughlin is the man who was jailed by error and held several days illegally, he is now suing two counties.

56-year-old Sean Laughlin is accusing Lyon and Nye counties of violating his constitutional due process rights and Nevada law requiring jailed suspects see a judge within 72 hours. He was held 18 days on $675,000 bail.

Sean was first arrested in rural Nevada for a residential burglary, it turns out; he wasn’t the Sean Laughlin police was looking for. The mistaken identity case caused Laughlin to lose his job on an Australian cruise ship.

This Sean Laughlin is a longtime Vegas performer, comedian and juggler. 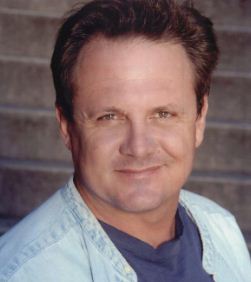 His tale is almost out of a horror movie. His ordeal began in 2010, when he was stopped by a state trooper due to a minor traffic offense in Carson City. A routine warrant check showed he was wanted for failure to appear in court for a March 2016 burglary in Pahrump, 385 miles (620 kilometers) away.

Sean Laughlin, the crook, allegedly stole jewelry, used women’s clothing, DVDs, a camper and an electric screwdriver with a total value less than $4,000. However, Sean’s lawyer notes that his client’s bail was bizarrely set to 675k.

Laughlin insisted he had no criminal record, had never been to Pahrump and had not received a summons. He was taken anyway and without much explanation but behind bars.

18 days later, he was set free with again with no explanation and without ever seeing a judge. Sean alleges when he was finally released, he was severely depressed and borderline suicidal. It didn’t help that while in jail, he missed his cruise from Australia and was subsequently fired.

According to a profile, Sean Laughlin has been a “headliner from coast-coast in the country’s top comedy venues, he has delighted audiences at the Improv, Catch A Rising Star and The Comedy Store.

He has worked a broad spectrum of venues from television to Las Vegas, to cruise ships. Sean has been rewarded the prestigious San Francisco Golden Hat Award. He won critical acclaims in Europe at the 1995 Edinburgh Theater Festival.