Ella Ross is the latest notch on the belt of reality TV star, Scott Disick, the two were caught spending serious one on one time at the Beverly Hills Hotel.

On Monday, she was spotted spending the day with father-of-three Scott Disick. Reports say the 22-year-old stunner and Disick spent over three hours together at the celebrity haunt, before Scott drove her home. Want to find out more about her?

The gorgeous Ella Ross is both a model and an aspiring artist, as the ones that like to sketch and draw kind of artist. 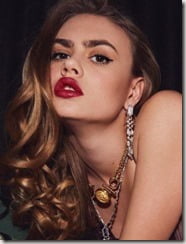 The leggy blonde hails from the U.K. She was born in Sussex and is currently based in California.

As a model, the gal has been busy. She has been modeling for a few years now which makes her a modeling pro. She’s signed to model agency Storm (same as Kate Moss). She hit up NYFW in 2013 and she regularly struts her stuff for ASOS. You can also spot her in the Misguided campaigns.

Prior to becoming a full time model, she was in school. Ella Ross attended London College of Fashion, studying Fashion Bags and Accessories Design. It is not known if she actually finished her studies but she already has a social media account where her designs can be seen.

In it, she describes herself as a Personal Wardrobe & Events Stylist. Her brand is called Ella Ross London. 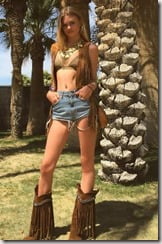 Through her social media pages, is clear Ella keeps close ties with her native England, however she is currently trying to make it as a designer in Los Angeles.

As for her love life, back in 2014, Ella Ross was romantically linked to Made In Chelsea actor, Jamie Laing. But a relationship wasn’t confirmed. And though it appears there might be something between her and Disick, she has been in a relationship with an equally gorgeous guy identified as George Bates. 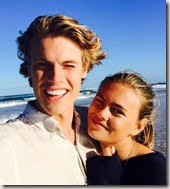 She and her man appear to have many things in common, they both are British and  they share a love for horses. Their most recent photo dates from last December.