Savannah McNealy has been identified as one of three people who were killed in a shooting near campus on Thursday morning.

According to officials the shooting took place on City Park Avenue. The shooting was reported west of the campus at the Sunstone apartment complex at 720 City Park Ave. just before 2 a.m., police said.

When officers arrived they found four people with gunshot wounds. Three of the four died and only Savannah was affiliated with the university. 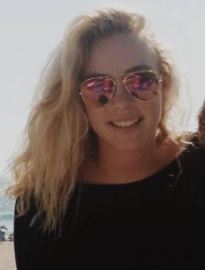 Miss McNealy was a member of the student media staff and an intern on CSU’s Creative Services Team. CSU president revealed Savannah McNealy was ‘instrumental in coming up with the idea and design for the Ram Walk, the orange stripe that has already become such an important CSU tradition.’

According to those close to her, she was a bright, energetic, confident young woman who was loved and respected by those who knew her. She listed her grandmother, Peg McNealy as her family member on Facebook.

Social media photos show Savannah travelling to Europe back in 2014. She visited Paris, Sydney and London. She loved extreme sports including, snowboard and paddle board. She also jumped off a plane once.

Reports say Savannah was shot multiple times, her death has been ruled a homicide. A vigil in her honor is set for 4 p.m. Friday near the Ram Walk.

An investigation into the shooting is ongoing, authorities believe the suspect who is also believe to be dead, was known to at least one of the victims.